Back to the news list
Central Vietnam focuses on renewable energy

The central region is appealing to investors in the field of renewable energy to capitalize on its natural resources and boost economic development.

Dang Trong Van, Chairman of Huong Hoa district said that its state budget reached just over $11 million last year, surpassing the amount assigned by the provincial People’s Committee by five times. He attributed the impressive result to the contribution of wind farms in the area. 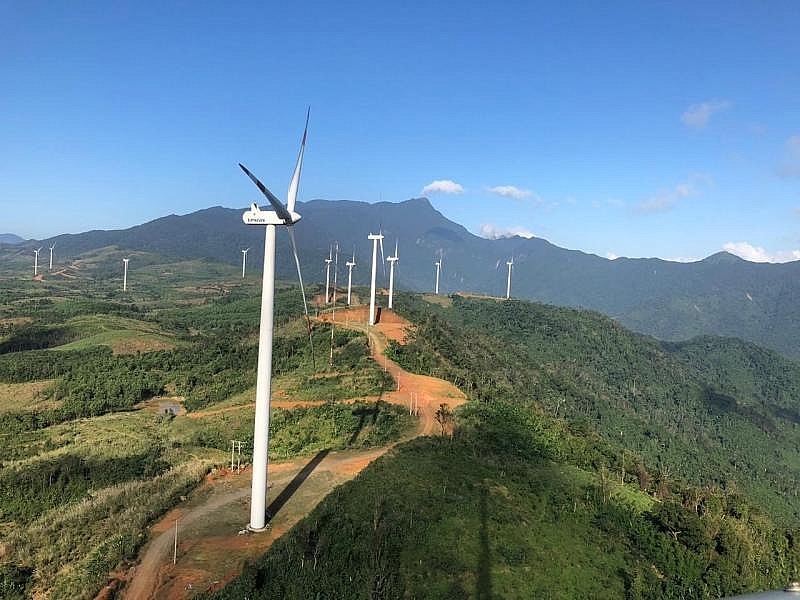 Last year, Quang Tri’s state budget collection hit almost $240 million, of which over $150 million came from wind power. Renewable energy creates a significant boost for socioeconomic development in the province. With great potential for the development of both onshore and offshore wind and solar projects, Quang Tri aims to become an energy hub in the central region.

In 2021, the Hai Lang liquefied natural gas power plant project began construction. With a capacity of 4,500MW and a total investment of $4.5 billion, the project is expected to enable the province to realize its ambitious target.

Ha Si Dong, Vice Chairman of the People’s Committee said that the province has implemented several policies to call for investment in renewable energy. It supports investors with tax incentives, site clearance, and the resettlement of affected people.

Renewable power has become a new focus in many other central cities and provinces. Ninh Thuan has made strong steps despite the recent economic challenges, reporting impressive growth in 2020. Phu Yen is also hoping to tap into its natural resources by encouraging investment.

Huge potential in the Central Highlands

In recent years, many investors have eyed the Central Highlands region for their clean energy projects. Dak Lak is among the areas with the greatest potential for renewable energy development. It already has solar power plants that are connected to the national grid and many other projects have been approved for development.

Historically, many areas of farmland in Dak Lak were uncultivated in the dry season due to a shortage of water, creating difficult living conditions for local people. However, these barren fields are now full of solar panels and wind turbines.

At the province’s investment promotion conference in 2019, Truong Hoa Binh, who was still Deputy Prime Minister at that time, said that the area is not favorable for agricultural development, but has huge advantages for renewable energy projects. 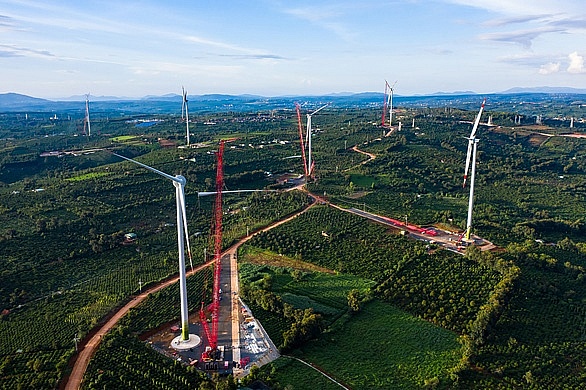 In March 2019, the Quang Minh solar power complex – covering 120 hectares and with a capacity of 100MW – in Ea Wen commune was put into operation after six months of construction. The site provides about 150 million kWh to the national power grid and contributes roughly $13 million to the state budget annually.

A study of the province has shown the potential to develop 16,000MW of solar power. At present, 32 solar power projects are planned and five have already been approved by the Ministry of Industry and Trade. Wind power is also being exploited in Dak Lak. The first project is the Tay Nguyen wind farm located in Ea H’leo district with a capacity of 436MW and a total investment of around $565 million.

At the province’s investment promotion conference in 2019, investors signed an MoU for five wind and solar projects with a total capacity of 641MW and a total investment of just over $913 million. They are being surveyed to collect wind volume data to add to the province’s power development planning.

In 2020, Dak Nong province approved the investment plans for six wind power projects with a total capacity of 430MW. When they are put into operation, they will be connected to the national power grid and generate more jobs for local residents.

According to Dak Nong’s socioeconomic report from 2021, the province maintained economic growth and successfully controlled the pandemic. Its total state budget in 2021 reached over $130 million, a record high since 2004. The province’s industrial production index rose by over 13 per cent on-year, driven by projects in bauxite, alumina, solar, and wind power.

Nguyen Van Pho, Chairman of Dak Song District, said that its budget previously came from agriculture, animal feed businesses, woodworking, and clothing. “The district’s state budget was about $4.3 million a year. However, if three new wind power projects are put into operation, they will contribute an additional $13 million,” he stated.