Back to the news list
ConocoPhillips to buy Concho Resources for $9.7 billion in 2020’s top shale deal 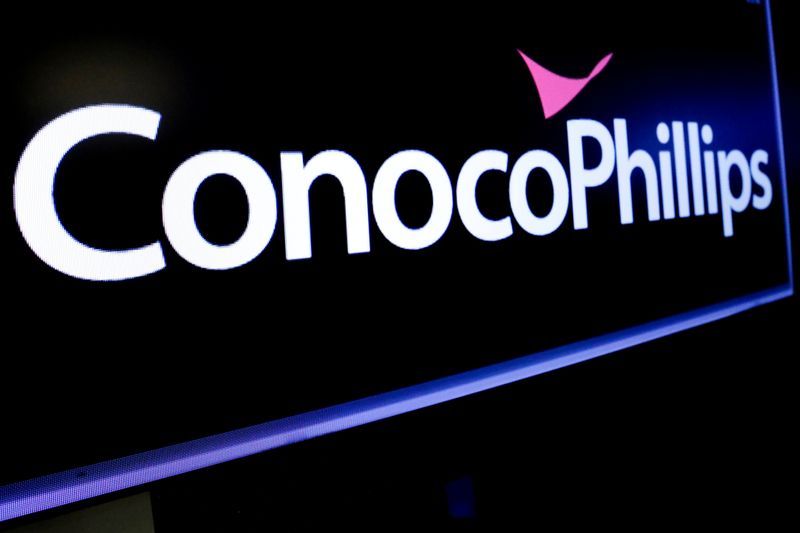 FILE PHOTO: The logo for ConocoPhillips is displayed on a screen on the floor at the New York Stock Exchange (NYSE) in New York, U.S., January 13, 2020. REUTERS/Brendan McDermid

ConocoPhillips COP.N on Monday agreed to buy U.S. shale oil producer Concho Resources Inc CXO.N for $9.7 billion, as the energy sector consolidates further on the back of lower fuel prices and demand.

The low-premium, all-stock deal comes as many U.S. shale companies have been mired in losses due to weak crude prices and, unlike in past downturns, have struggled to raise new capital to restructure heavy debts.

The deal swaps 1.46 shares of ConocoPhillips for each Concho share, at a premium of about 1.5% over its Friday price. Shares in Concho and ConocoPhillips on Monday fell amid a market selloff, with Concho off 2.8% at $47.26 and ConocoPhillips down 3.2% to $32.70. Concho had sold for as much as $93 a share in January before the COVID-19 pandemic cut oil demand and prices.

“Size, scope and scale has become more important,” said Concho Chief Executive Timothy Leach, who will run the combined company’s U.S. production excluding Alaska. “This combination with ConocoPhillips was the best thing for our shareholders.”

The purchase propels ConocoPhillips to the ranks of the top producers in the Permian Basin, the prime U.S. oilfield, and makes it the largest U.S. independent oil and gas producer, pumping 1.5 million barrels per day (bpd).

The fifth-largest producer by volume in the Permian, Concho pumps about 319,000 bpd, from wells spread across more than half a million acres. ConocoPhillips is a major producer in two other U.S. shale fields but pumps about 50,000 bpd in the Permian.

“Concho has been on the short list of big Permian companies attracting interest due to its large production, vast acreage and relatively low debt,” said Andrew Dittmar, M&A analyst at consultancy Enverus.

It has scant drilling acreage on federal lands, a plus given Democratic party presidential candidate Joe Biden’s proposal to ban new fracking permits on government property, he said.

ConocoPhillips CEO Ryan Lance said the two executives have a shared vision for building a business that can endure volatile markets. “We’re focused on low-cost supply,” he said, adding Concho has “a low-cost supply that fits.”

The sector has been consolidating after many shale producers borrowed in a bet on higher prices. Prices tanked instead, leaving shale investors with little to show for the rising output and companies struggling to pay down debts.

The deal continues a trend of all-stock, low-premium combinations, including the WPX Energy-Devon merger and Chevron Corp CVX.N‘s purchase of Noble Energy.

ConocoPhillips said the premium was 15% based on Concho’s price on Oct. 13, before news reports on the deal talks surfaced.

Concho had $3.9 billion in long-term debt at the end of June and has not posted an annual profit since 2018. Its second quarter loss was $435 million, wider than a loss of $97 million a year earlier.

The combined company will hold about 23 billion barrels of oil and gas with an average cost of supply of below $30 per barrel of U.S. West Texas Intermediate crude, ConocoPhillips said.

The deal, which faces shareholder votes, is expected to provide $500 million in annual cost and capital savings by 2022. A closing is expected in the first quarter next year.