Gasoline prices will continue to scale new peaks if the government does not intervene with its stabilization fund, loss making distributors have warned as global shortages loom.

With crude oil approaching its previous price peak of August 2020, a gasoline distributor in Hanoi said that they were selling at a loss of VND3,800 ($0.17) per liter. 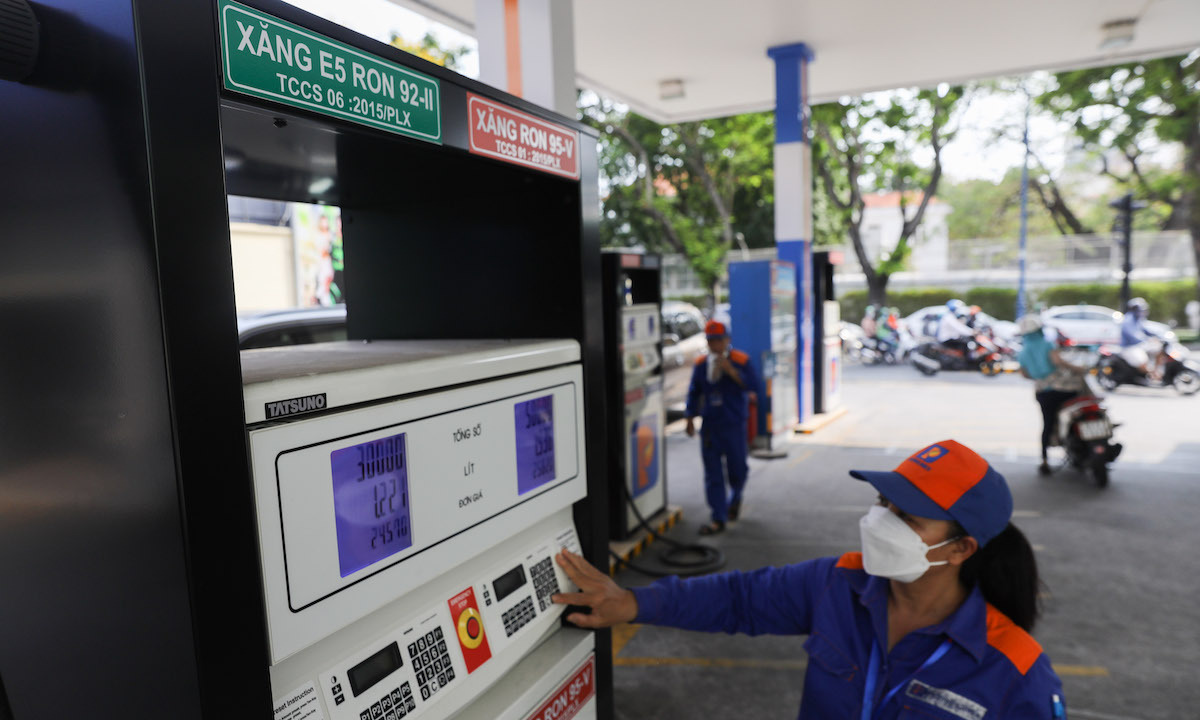 Distributors estimate that global gasoline prices have increased by nearly 20 percent since the beginning of this month, widening the gap between international rates and the domestic retail prices, thereby increasing their losses.

Industry insiders say that an increase of 10 percent in global rates usually hikes domestic rates by around 15 percent.

Without any intervention using the gasoline stabilization fund, prices of the popular RON95 gasoline could approach VND30,000 per liter by Friday, said one Hanoi gas distributor who did not want to be identified. RON95 is now being sold at VND26,830 per liter, a historic high. 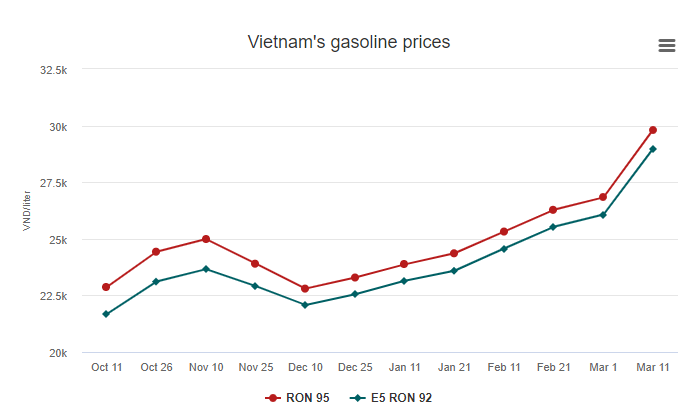 “Authorities need to make immediate changes in gasoline prices instead of waiting for the full 10 days. I am afraid that many gasoline stations will close [due to supply shortage] like it happened earlier last month,” said a gasoline distributor in the southern province of Binh Duong.

The Vietnamese government only sets new retail gasoline prices nationwide on the 1st, 11th or 21st day of the month, and distributors are not allowed to make changes in prices in between even if global rates fluctuate.

Gasoline distributors have been reporting major supply challenges since February when the country’s Nghi Son Refinery cut production due to a cash crunch. Now, they face even more difficulties with the Russia-Ukraine crisis causing global prices to climb even higher.

Although authorities have hiked domestic retail price of gasoline by more than 15 percent this year, distributors complain that this increase is yet to reflect the rise in global rates, meaning they are selling at a loss. “We are struggling to find enough supply to meet domestic demand. With import prices higher than retail prices, we are suffering losses,” said a representative of a top five gasoline distributor in the country.

In HCMC, another distributor was struggling to import as the Russia-Ukraine crisis pushed prices up. “We have to buy immediately when supply is available as prices reach new peaks every day. We are doing all this amid losses.”

Gasoline stations are not allowed to close operations on their own even if they are operating at a loss. “If we close the stations, we will be fined, but if we keep selling, we continue to make losses,” said a distributor in Binh Duong with eight stations.

Another distributor with 20 stations in Hanoi said that they have lost more than VND2 billion in the last two months. “If this continues, we won’t be able to get loans from banks.” Bui Ngoc Bao, chairman of the Vietnam Petroleum Association (VINPA), said flexibility in regulating prices was the need of the hour. “Authorities need to provide solutions for banks to give distributors incentive loans so they can keep importing gasoline.”

A representative of the Ministry of Industry and Trade said that authorities are still closely watching changes in global gasoline rates to make appropriate changes.