Indonesia has warned that its coal supply situation remains critical, ahead of Wednesday’s (Jan 5) review of its export ban, unnerving global markets for the fuel used to generate most of the electricity that drives Asia’s biggest economies.

Coal futures in China, the world’s biggest consumer of the fuel, surged on Tuesday after Indonesia, the top exporter of the coal used in power plants and China’s largest overseas supplier, on Saturday banned exports for January to avoid outages at the generators run by state-owned utility Perusahan Listrik Negara (PLN). The price rise is among the first signs of the impact of Indonesia’s coal export ban, which threatens the energy security of some of the world’s biggest economies such as China, India, Japan and South Korea.​​​​​​​ 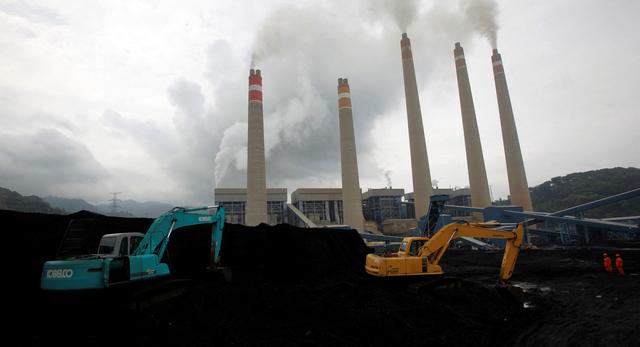 Excavators pile coal in a storage area in an Indonesian Power Plant in Suralaya, in Banten province Jan 20, 2010. Photo: Reuters

China’s benchmark thermal coal futures rose by as much as 7.8per cent in the first day of trading since the policy was announced and were at ¥712.40 (US$111.81) a ton. That is the highest since Dec 20 and futures are set for their biggest gain since Oct 19.

Late on Monday, PLN said it has secured 3.2 million tons of coal out of the 5.1 million tons of additional supply for January it needs to avoid widespread outages. But, it warned that “this critical period is not yet over”, adding that it continued to coordinate with the government and other coal suppliers.

At the same time, Indonesian President Joko Widodo said that coal miners, as well as liquefied natural gas producers, must prioritize domestic supply and ensure energy security in Indonesia before exporting.  He threatened to revoke the business permits of miners which failed to meet a so-called domestic market obligation (DMO) that requires them to sell 25per cent of their coal output to the domestic market at a maximum price of US$70 per ton.

Finance Minister Sri Mulyani Indrawati said the ban was enacted to avoid disrupting the recovery of Indonesia’s economy, Southeast Asia’s biggest, from the COVID-19 pandemic. But the decision endangers Asia’s economic powerhouses China, India, Japan, and South Korea, which together received 73per cent of Indonesian coal exports in 2021, ship-tracking data from Kpler showed. Indonesian authorities are set to reexamine the export ban on Wednesday.

The logistics of re-routing coal cargoes to PLN’s power stations will be challenging because it will require smaller barges rather than large carriers, said a Singapore-based coal analyst.

On Tuesday, Indonesian State-Owned Enterprises (SOE) Minister Erick Thohir said in a statement the ministry is working to improve PLN’s coal supply management and infrastructure. “We at the SOE Ministry will improve the long-term supply contracts,” Erick said, adding that the logistics system and infrastructure would also be upgraded to ensure domestic coal needs are met.

Analysts on Monday warned that India, which consumed over 15per cent of Indonesia’s 2021 coal exports, might re-route shipments from other suppliers if the ban persists. That could mean higher demand for coal from Australia, also a major supplier to Asia. Shares of Whitehaven Coal jumped as much as 9.2per cent on Tuesday, the most since July 16.