TOKYO (Reuters) – Sales of petroleum products are slumping in Japan as the coronavirus outbreak worsens in the world’s fourth-biggest importer of crude, but the country’s biggest refiners say they are not planning to cut production. 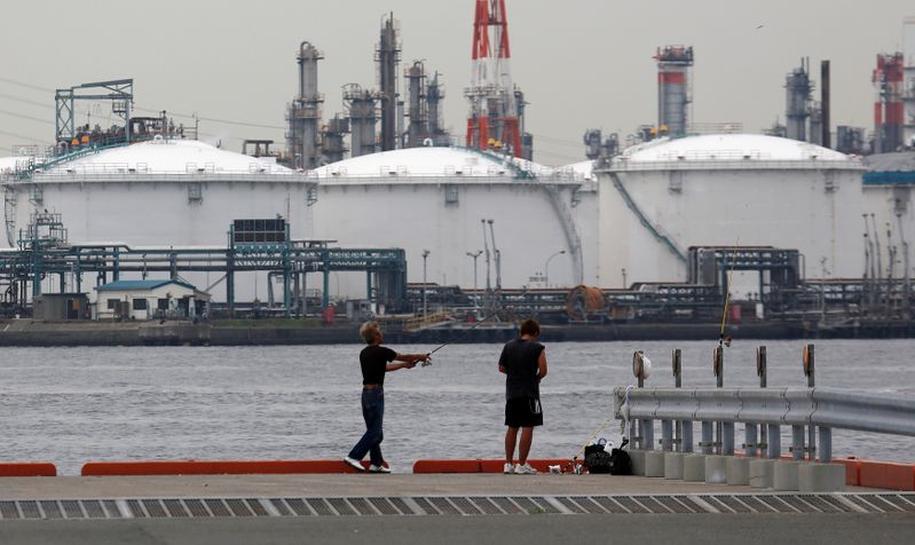 Oil product sales, including gasoline and jet fuel, slumped more than a quarter last week, the most recent period for which figures are available. Jet fuel sales sunk nearly 80% as Japanese and global airlines canceled flights to China and other destinations.

The coronavirus outbreak that started in China late last year is spreading across the world at an increasing rate, with Japan now one of the worst affected countries and streets in Tokyo, the world’s biggest urban center, largely empty.

“We estimate domestic Japanese oil product demand in the first quarter will fall by an average of 7-8% year-on-year, both as a result of slowing economic activity as well as a result of the battle against coronavirus,” said Aaron Cheong, an oil products analyst at Energy Aspects.

“The spread of COVID-19 in Japan, should it be prolonged, will likely weaken demand further, with the largest impact already seen in the jet market,” he said.

“But we have not seen any specific impact on demand for jet fuel for domestic flights and we are still examining how much impact it has had on local gasoline demand,” he said.

Idemitsu is not planning to shut any of the crude distillation units at its refineries and said they are operating as normal.

A spokesman at JXTG, Japan’s biggest refiner with a roughly 50% market share, said by phone: “For our fuel stocks and facilities, there is no effect right now. We don’t think there is a huge impact on our market.”

A spokesman at Cosmo Energy Holdings, Japan’s third-biggest refiner, declined to comment on demand or whether the company had cut crude runs but said all units were operating normally and it had no plans to shut any refining operations.

Still, oil traders said that Idemitsu and other Japanese refiners were cutting runs due to lower demand and margins.