Saudi Arabia, the largest oil exporter, will likely boost pricing of its main crude variety to a record as the impact of Russia’s invasion of Ukraine reverberates through markets more than a month after the assault.

Saudi Aramco may raise the official selling price of its key Arab Light crude by $5 a barrel to Asia for May-loading cargoes, according to the median estimate in a Bloomberg survey of five refiners and traders. That would increase the overall differential to $9.95 above the Oman-Dubai benchmark, which would be the widest since Bloomberg began compiling the data in 2000.

Oil soared to the highest since 2008 this quarter as the war in Ukraine lifted prices that had already been boosted by expanding global demand and fast-falling stockpiles. The expected hike in pricing for the key Saudi barrels – which help to set the tone for other grades from the region – is likely to come despite a spate of virus lockdowns in China, the top oil importer. 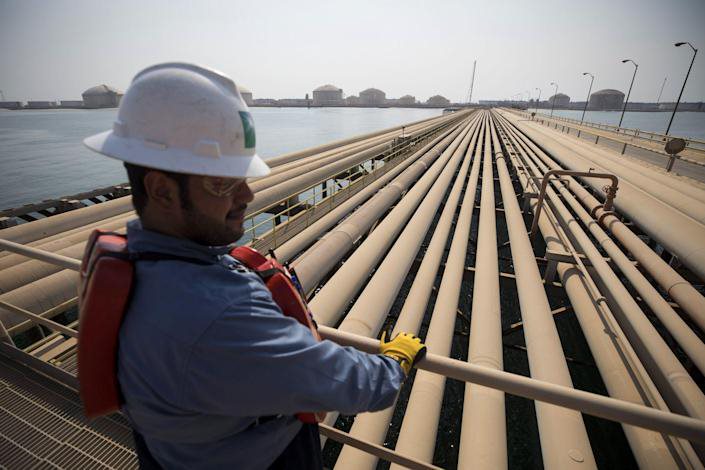 Brent futures, the global benchmark, reversed intraday losses to trade near $113 a barrel on Tuesday (March 29). In the initial aftermath of the Russian invasion, prices rallied close to $140, the highest since 2008.  Official selling prices, or OSPs, are the premiums or discounts to regional benchmarks for barrels, and they determine how much buyers with long-term contracts pay for cargoes. The differentials can indicate the strength or weakness of underlying demand.

The biggest conflict in Europe since World War II has dented western demand for Russian oil, as well as from Japan and South Korea, boosting prospects for Middle Eastern suppliers like Saudi Arabia. At the same time, some buyers in Asia, especially India and China, have moved to take more Russian flows.

As Saudi Aramco prepares to announce selling prices, Riyadh is set to join other producers including Russia at an OPEC+ meeting this week to set production policy for the alliance. Ahead of the gathering on Thursday (March 31), members have signaled they still see no need to adapt supply plans. Aramco didn’t respond to an email seeking comment. The state-run company typically releases official prices in the first five days of the month.

Traders in Asia are closely monitoring the virus situation in China, which could become more potent risk to oil demand. While it would depend on how long lockdowns will remain in place, some consultants including Energy Aspects Ltd have already cut estimates for Chinese crude consumption.

The discount of Dubai oil, among Asia’s crude benchmarks, has stayed relatively wide compared with other global markers such as Brent and West Texas Intermediate. That also makes buyers more willing to pay up for Persian Gulf barrels linked to Dubai, according to traders.