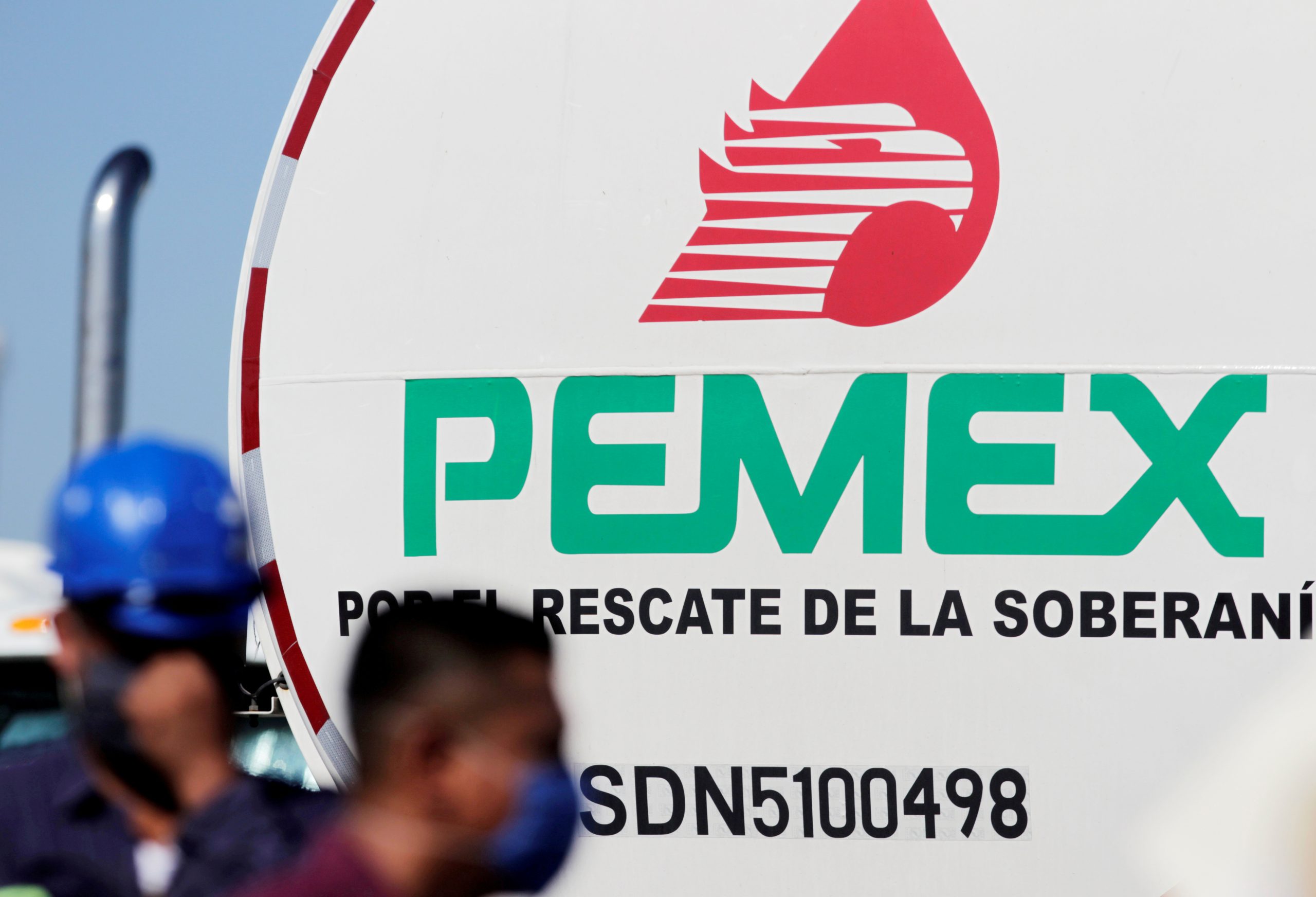 FILE PHOTO: A logo of Mexican state oil firm Pemex is pictured during a visit by Mexico’s president, Andres Manuel Lopez Obrador, at Cadereyta refinery, in Cadereyta, on the outskirts of Monterrey, Mexico August 27, 2020. REUTERS/Daniel Becerril

Royal Dutch Shell  agreed on Monday to sell its controlling interest in a Texas refinery to partner Petroleos Mexicanos (Pemex) for about $596 million, the latest move by the European oil major to cut its global refining footprint.

The deal makes the Deer Park, Texas, facility the first foreign refinery that Mexico’s state-run oil company will own solely in its history. The agreement was announced not long after Mexican President Andres Manuel Lopez Obrador complained that the 28-year-old joint venture had not been good for Mexico.

Shell is shrinking its refining and chemicals portfolio as part of a broader shift by oil majors to reduce hydrocarbon emissions and shift to lower-carbon fuels.

Pemex said it plans to control and run the refinery after the deal closes late this year.

“This decision is consistent with Lopez Obrador’s strategy of refining more. However, it casts many doubts about Deer Park’s future profits, especially after seeing the margins of just cents per barrel that Pemex is getting in its domestic refineries,” said said Gonzalo Monroy, a Mexico City-based oil analyst.

Lopez Obrador hailed the deal on Twitter after complaining earlier this month about how the joint venture never repatriated dividends, saying he was committed to “addressing this issue,” without providing details.

“The most important thing is that in 2023 we will be self-sufficient in gasoline and diesel,” Lopez Obrador said on Twitter. “There will be no increases in fuel prices,” he added.

The refinery can process up to 340,000 barrels per day of oil into gasoline and diesel. The joint venture was significantly revamped three years ago in a move to halve the facility’s purchases of Mexican crude beginning in 2023.

The complex covers 2,300 acres outside of Houston, including an adjacent chemical plant that Shell will retain.

In 2018, Pemex agreed to renegotiate its contractswith Shell to reinvest a portion of the refinery’s profits into an overhaul of the facility for processing a larger volume of crudes different that Mexico’s.

Huibert Vigeveno, Shell’s downstream director, said in a statement the company will continue working with Pemex “in an integrated way, including through our on-site chemicals facility.”

On May 4, Shell disclosed plans to sell its 149,000-bpd Puget Sound refinery in Anacortes, Washington, to U.S. refiner HollyFrontier