Surging crude oil prices may benefit the Vietnamese oil industry, but its exploration and exploitation activities are likely to be hit by the geopolitical situation.

Oil prices skyrocketed by 30 percent after Russia launched military action against Ukraine, resulting in western sanctions on the former that have disrupted supply chains. With oil prices currently hovering well above US$100 per barrel, Vietnamese companies in the sector are benefiting, leading enterprise Petrovietnam said.

State budget revenues from crude oil have surged 57 percent in the first two months of the year, and have topped 29 percent of the full-year target, according to the Ministry of Finance.

It is highly improbable that oil prices will cool down in the short term, despite the U.S.’s releasing stocks from its reserves and calling on allies to increase output to plug the shortfall caused by preventing Russian supply. Russia is the world’s third largest exporter after the United Arab Emirates and Saudi Arabia.

Refining, transport and distribution companies are also expected to gain as domestic demand recovers after Covid-19. 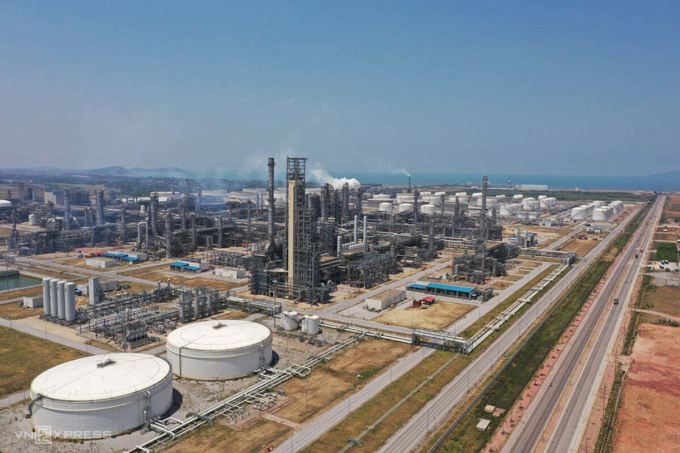 The Ministry of Industry and Trade recently instructed distributors to import 2.4 million cubic meters of gasoline in the second quarter to ensure adequate supply after Nghi Son, the country’s biggest oil refinery, cut its output to 80 percent due to financial shortage. Soaring imports would make the oil storage sector a gainer, BVS said.

But Hoang Quoc Vuong, Chairman of Petrovietnam, said the oil price rise due to the conflict in Ukraine is likely to be only in the short term. The transition to renewables is irreversible, but the soaring oil prices are an opportunity for the industry to boost production and restructure, he said. However, it also needs to brace itself for risks from the rising prices since that would affect demand, he said.

Vietnam’s energy industry is heavily dependent on Russian equipment and machinery, and so it is inevitable that exploration and drilling activities would be jeopardized without alternative suppliers.

Recently Power Machines, a Russian contractor, sought to withdraw from a $1.2-billion thermal power project in the Mekong Delta citing its inability to continue due to the sanctions imposed by the U.S.

Tran Hong Nam, director general of PetroVietnam Exploration Production, said the industry’s advantages from the situation in Ukraine would only last for a short period but the risks are substantial since the economy and demand could decline.

In the first two months of this year, Petrovietnam reported revenues of VND118.7 trillion ($5.2 billion), a 46 percent year-on-year increase.