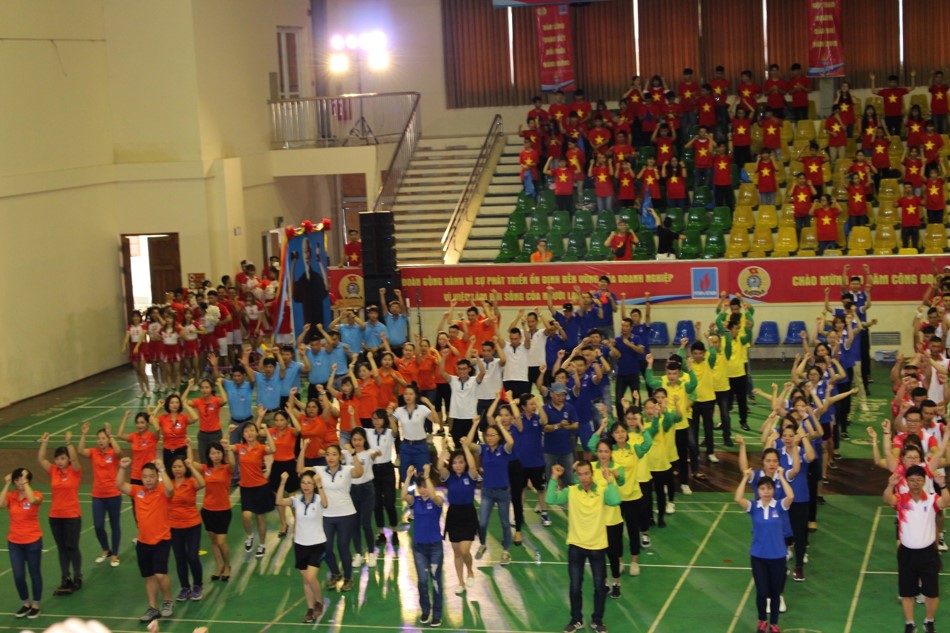 NSRP team is doing morning exercise with other teams, fan and the delegations in the opening of the Sport Tournament

The event was organized in 3 days from 23rd to 25th of August 2019 (from Friday to Sunday) in Hanoi at Cau Giay Stadium and Hanoi Sport Center with the participation of about 2000 athletes and amateur Actors/Actress from all affiliated unions of Oil & Gas TU.
Being aware of the fact that this is an annual activity of the Oil and Gas Union, which is also an opportunity for the company’s athletes to meet, compete and learn from other units in the industry, with kind approval of NSRP Management, for the 2nd time participating in the event, NSRP’s Trade Union delegated 58 athletes to compete in five areas: table tennis, badminton, tennis, chess-Chinese chess, tug of war, swimming, athletics and music competition. 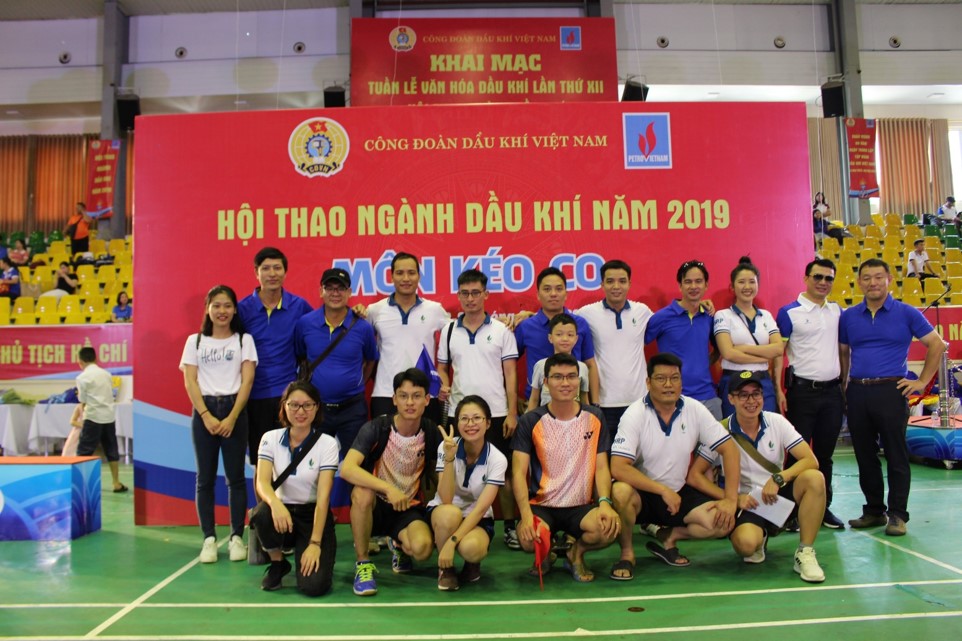 NSRP’s athletes of the Tug of War

Especially, NSRP Trade Union ranked the 2nd in all member unions of Vietnam Oil and Gas industry. NSRP was also the unit with the most participants in many sports and at the same time won the prize for athletes and fans to attend the opening ceremony with the best uniform.
Let’s take a look at some pictures of NSRP team at the Sport Tournament!!!