On October 24, 2022, the Government issued Decree 85/2022/ND-CP on the financial handling mechanism for the Vietnam Oil and Gas Group (PVN) when paying the price offset in the off-take of NSRP products.

This Decree stipulates the financial handling for PVN when paying the price offset in the off-take of products of NSRP under the Fuel Product Offtake Agreement (FPOA) signed between PVN and NSRP, implemented Point 4 of Resolution No. 42/2021/QH15 of the National Assembly, including: determining the needs and principles of the State handling financial assets; making estimates, auditing, finalizing the state budget and dealing with the difference between revenue and input costs of the Project’s product off-taking activities when determining the annual business results of PVN. 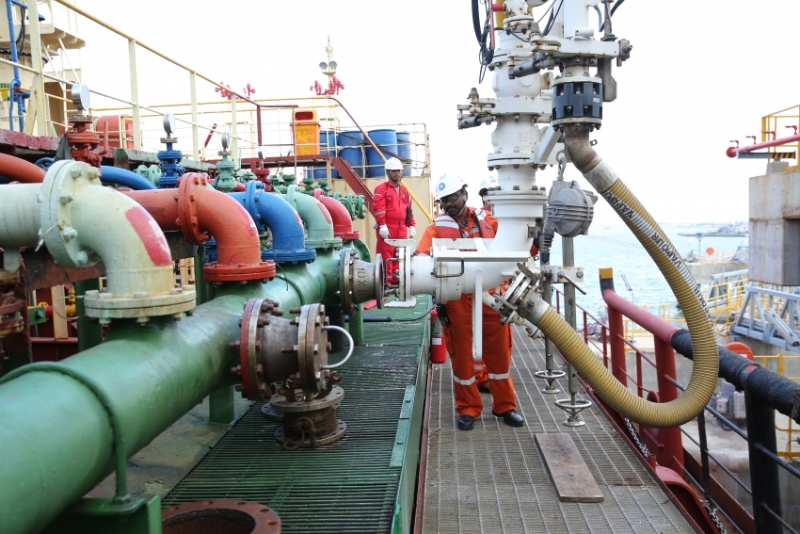 The Government asked Vietnam Oil and Gas Group (PVN) to pay the price offset in the off-take of NSRP products.

The Decree clearly states that the State will make financial settlements for PVN when paying the price offset for the products received by the NSRP, but not more than 10 years from the time PVN officially takes over the products of the Project, based on the following principles:

In case the result of the implementation of the offtake chain in the year of profit, the State does not handle the offset price in the offtake that the Nghi Son Oil Refinery Distribution Branch (PVNDB) is obliged to pay to NSRP corresponds to the amount of consumption sold in the year.

In case the results of the implementation of the offtake chain in the year of loss, the amount of money the State will handle financially for PVN is determined according to regulations, but the maximum amount does not exceed the difference between the total amount of price compensation incurred in the year (including market surcharge/price adjustment, special consumption tax – if there is a structure in the offtake price) which PVNDB is obliged to pay to NSRP compared to the amount that petrol traders or other buyers are obliged to pay PVNDB  including import tax, special consumption tax – if any, and market surcharge/price adjustment from the sale of petrol, oil and LPG products.

The determination of the maximum amount of money that the State can handle financially for PVN is based on the difference between the total amount of price offset arising in the year and the total amount to which the main petrol and oil traders or other buyers have obligations to pay PVNDB according to the above formula, applied in the case of the lowest special preferential import tax rate according to Vietnam’s commitments in FTAs ​​for gasoline, oil and LPG products according to the structure regulations in selling price is more than 0%. In case the amount determined according to this point and the above formula is larger than the offset in the off-take, the amount of the State’s financial handling for PVN is equal to the offset in the off-take under the provisions of Point b, Clause 6 of this Article. 4 this Decree.

In case the lowest special preferential import tax rate according to Vietnam’s commitments in FTAs ​​for gasoline, oil, and LPG products according to the regulations on structure in the selling price is equal to 0%, the maximum amount the State will handle financially for PVN is determined according to regulations but does not exceed the amount of compensation in the off take.

The Decree clearly states that, after the National Assembly approves the annual central budget expenditure estimate for the needs of the amount of money requested by the State for financial handling for PVN, in the fiscal year, PVN is entitled to quarterly temporarily use after-tax profit to pay the price offset in the off-take but do not exceed the cost estimate for this item.

The Government requires PVN to ensure the payment of the price compensation to NSRP which does not exceed the output under the FPOA (according to the offtake volume specified at the time of signing the FPOA for the first time on January 15, 2013) and does not cover for the output that does not meet the quality standards specified in the FPOA and does not meet the national technical regulations of Vietnam as prescribed by law.

PVN is responsible for the results of negotiation and signing the FPOA and the product consumption contract after off-take (including the terms on the formula of the off-take price and the selling price) and the effectiveness of implementation activities, ensuring that at the end of the implementation of the financial mechanism as prescribed in this Decree, PVNDB does not incur accumulated losses.

PVNDB is obligated to pay NSRP at the offtake stage corresponding to the volume sold.