Back to the news list
North Field East project, Qatar

The North Field East project is expected to increase Qatar’s LNG output by 43% to 110Mtpa. 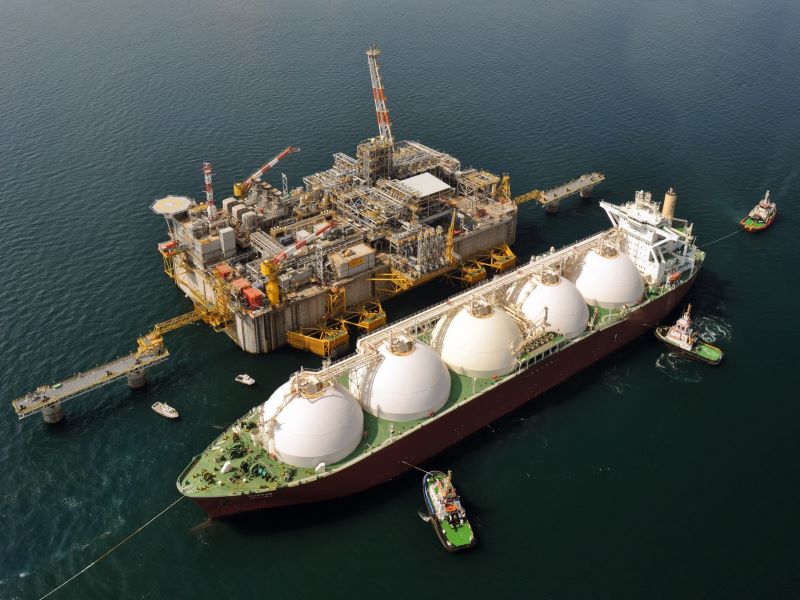 The North Field represents the southern part of the giant natural gas field that is shared between Iran and Qatar. The Iranian side of the field is known as South Pars.

Qatar Energy announced the expansion of the gas field in April 2017 after revoking its 12-year self-imposed ban on field development. A moratorium was imposed to evaluate the impact of the growing output from the reservoir in 2005.

The project is in line with Qatar’s National Vision 2030, which aims for more sustainable development by 2030.

The NFE is operated by Qatargas on behalf of QatarEnergy, formerly known as Qatar Petroleum.

QatarEnergy, which is an integrated national energy company of Qatar, formed joint ventures (JVs) with TotalEnergies, Eni, ExxoMobil, and ConocoPhillips for developing the project in June 2022, while another JV agreement was signed withn Shell in July.

QatarEnergy holds 75% interest in each JV, while TotalEnergies, Eni, ExxonMobil, and ConocoPhillips, and Shell own 25% interest in the respective JVs.

The NFE project includes the development of four new LNG trains and eight wellhead platforms, from which 80 new wells will be drilled. Eight offshore drilling rigs will be installed and four offshore 38in trunk lines with 28in diameter intra-field pipelines will be laid.

The drilling of the first development well of the project by GulfDrill Lovanda, a drilling rig, commenced in March 2020. The drill rig is operated by GulfDrill, a joint venture of Gulf Drilling International and Seadrill.

Installation of eight offshore jackets to support the topside facilities was completed in 2020.

Feed gas of approximately 4.6 billion standard cubic feet per day will be piped to onshore facilities from the southern part of the North Field.

Qatargas will meet most of the electricity needs of the project from the national power grid of Qatar. Electricity is planned to be procured from the 800MW solar power plant being built in Al-Kharsaah.

The project is also expected to receive power from an 800MW solar power plant proposed to be constructed by Qatar Petroleum as part of its plans to achieve a more than 4GW solar power portfolio by 2030.

Furthermore, the expansion will incorporate enhanced dry low NOx technology to cut NOx emissions by 40%. A jetty boil-off gas recovery system will enable the recovery of boil-off gas at the LNG berths to be used as fuel gas in other operations. It is expected to offset one million metric tonnes a year of carbon dioxide (CO2) equivalent emissions.

The expansion project will feature a CO2 capture and sequestration (CCS) system that will be integrated with QatarEnergy’s 2.1Mtpa CCS facility in Ras Laffan, Qatar.

An additional living quarters topside with five levels was developed on the North Field Bravo platform in March 2021. It has the capacity to accommodate 90 people.

Four-legged jackets of 59m-high and 754t weight, were installed in the soil at a minimum water depth of 53m. Additionally, four jacket piles with a total length of 1,637m were installed.

A second phase of the expansion, known as the North Field South (NFS) expansion project, is planned to be added to further raise the country’s LNG production to 126Mtpa by 2027.

It will involve the construction of two additional mega LNG trains with 8Mtpa each.

McDermott received an engineering, procurement, construction and installation (EPCI) contract from QatarEnergy for topsides, pipelines, and subsea cables for the NFE project in January 2022. The contract includes the fabrication and installation of eight wellhead topsides for the project and laying 500km of pipelines and 225km of 33kV subsea cables. It also includes an option for the EPCI of topsides for the NFS project.

Qatargas placed an engineering, procurement, construction and installation (EPCI) contract with McDermott for the eight new offshore jackets of the platforms in April 2019. The jackets were fabricated at the McDermott facilities located in Batam, Indonesia, and transported offshore for installation by Derrick Barge 50 and Derrick Barge 27 vessels.

McDermott also received the front-end engineering and design (FEED) contract for the project’s offshore pipelines and topside facilities in May 2019.

Rosetti Marino received the EPCI contract for the additional living quarters topside in May 2017. The quarters were fabricated at the Nakilat-Keppel Offshore & Marine (N-KOM) fabrication yard in Ras Laffan Industrial City, Qatar.

The contract for engineering, procurement construction, and commissioning services for the NFE project’s onshore facilities was awarded to CTJV, a joint venture of Chiyoda and Technip Energies, a spin-off of TechnipFMC, in February 2021.

The contract includes the construction and delivery of four 8Mtpa LNG trains and a large CCS facility. CTJV is also responsible for the EPC of other associated infrastructure such as facilities for gas treatment, natural gas liquids recovery, as well as helium extraction and refining within the Ras Laffan Industrial City.

The FEED contract for the onshore facilities of the project was awarded to Chiyoda in March 2018. The scope of work included the development of a basic design for adding three mega LNG production trains of 7.8Mtpa capacity along with pre-investment for the fourth train.

Tescnicas Reunidas, a Spanish company, was appointed as an engineering, procurement, and construction (EPC) contractor in August 2021 for the expansion of onshore facilities such as liquid products storage and loading facility at Ras Laffan terminal, construction of liquid products rundown lines, and a lean gas pipeline connecting to the domestic grid.

A JV between Técnicas Reunidas (70%) and Wison Engineering (30%) received a contract worth $600m for the construction of new sulphur-handling, storage and loading facilities in Ras Laffan in April 2022.

BASF agreed to provide two technologies, marketed under the brand name OASE® and Flexsorb™ for gas removal and gas treatment for the new LNG trains.

Kent was subcontracted by Gulf Contracting Company (GCC) to provide EPC services for a 1,748-person accommodation camp within the Ras Laffan Industrial City.

GCC is the primary EPC contractor for the accommodation camp and associated infrastructure.

Natural gas on the north-east coast of Qatar was discovered in 1971, and 15 appraisal wells have been drilled at North Field over 14 years.

The gas field covers more than 6,000km² and holds more than 900 trillion standard cubic feet (tcf) of recoverable reserves, which is equivalent to approximately 10% of the known reserves in the world.

The NFE project is one of the world’s biggest oil fields by remaining reserves.