Since the early stages of NSRP project, The Company has always paid special attention to poor/ disadvantaged households in the neighboring communities by carrying out various activities to support their livelihood. During our work in the communities, we have paid attention to extremely difficult households, in which Mrs. Van Thi Thu is a special case that we have been trying to support recently.

Mrs. Van Thi Thu, over 60 years old, lives with her son and 2 grandchildren. Mrs. Thu’s son is retarded with low working capability and his income is not enough to support his old mother and his children in daily life. 4 people used to live in an extra small house (less than 20m2) built temporarily and seriously degraded that used nylon canvas to shield against leaks. There was nothing worth in the house but two simple old beds for all of them to sleep and rest. There was also no separate kitchen nor toilet and they had to get water from the neighbors. All daily activities of the family were wrapped in that small house. It can be said that Mrs. Thu’s family situation is the most difficult in Mai Lam ward.

Responding to the call of the Fatherland Front Committee of Mai Lam ward to support the construction of a new house for Mrs. Thu’s family, the Trade Union of NSRP had decided to support 50% of the value of the main house (equivalent to VND 40 million) and VND 10 million for constructing toilet and bathroom.

After 2 months of construction, the project was completed. The work includes a main house of 45m2, 01 toilet and a 10m2 bathrooms. 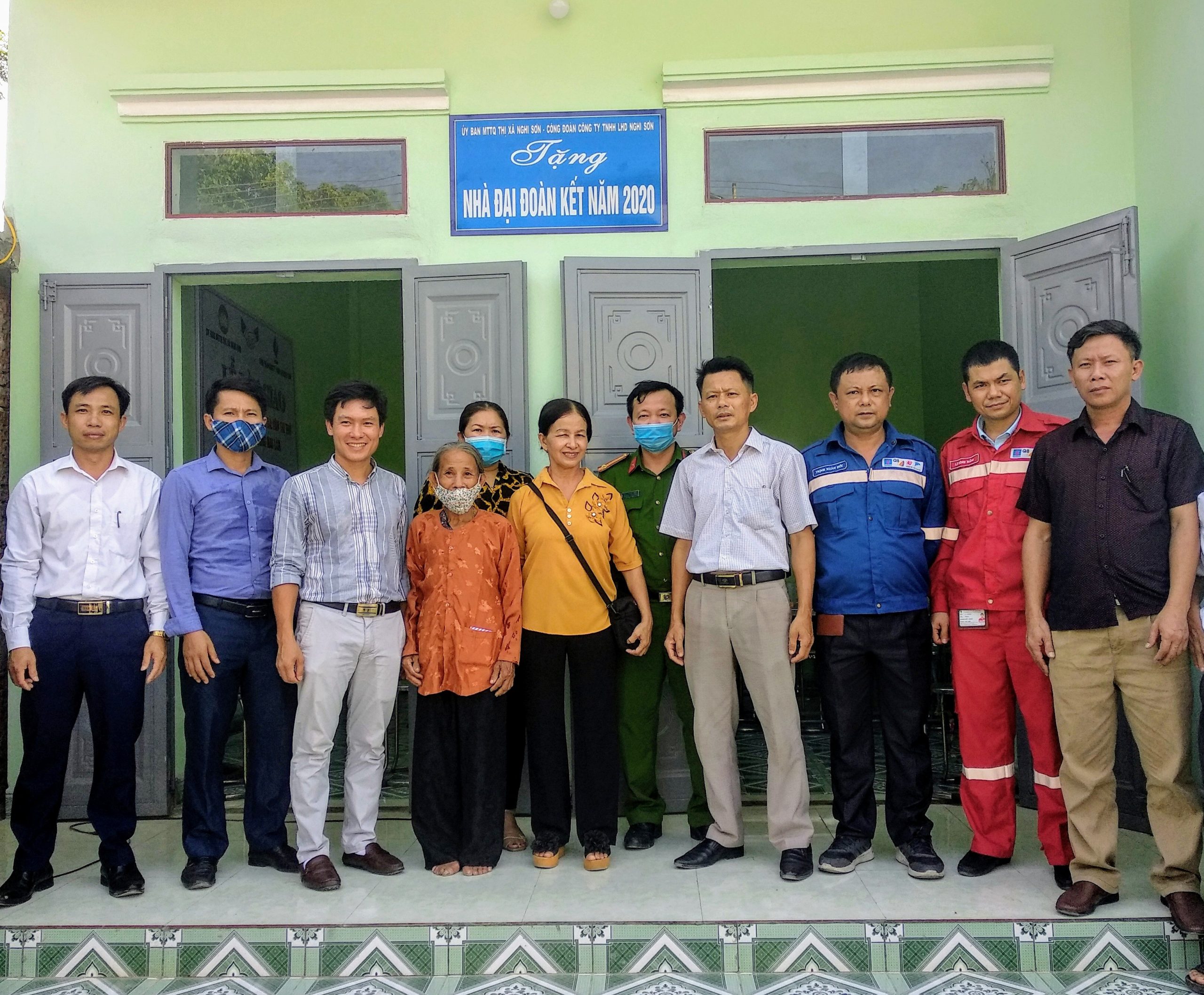 Mrs. Van Thi Thu is a special case that we have been trying to support recently.

On August 28th, 2020, the Fatherland Front Committee of Mai Lam ward held the house handover ceremony to Mrs. Thu’s family. The ceremony witnessed the attendance of representatives of the Party Committee, People’s Committee, Fatherland Front Committee, organizations of Mai Lam ward, representatives of NSRP’s Trade Union, PR department, Social & Community Section and Mrs. Thu’s neighbors. Local representatives acknowledged and highly appreciated the support of the NSRP Trade union, considering this as a really meaningful activity that helps further strengthen the relationship between NSRP and the community, and wished to continue to receive coordination and support for families in need in the area in the coming time. 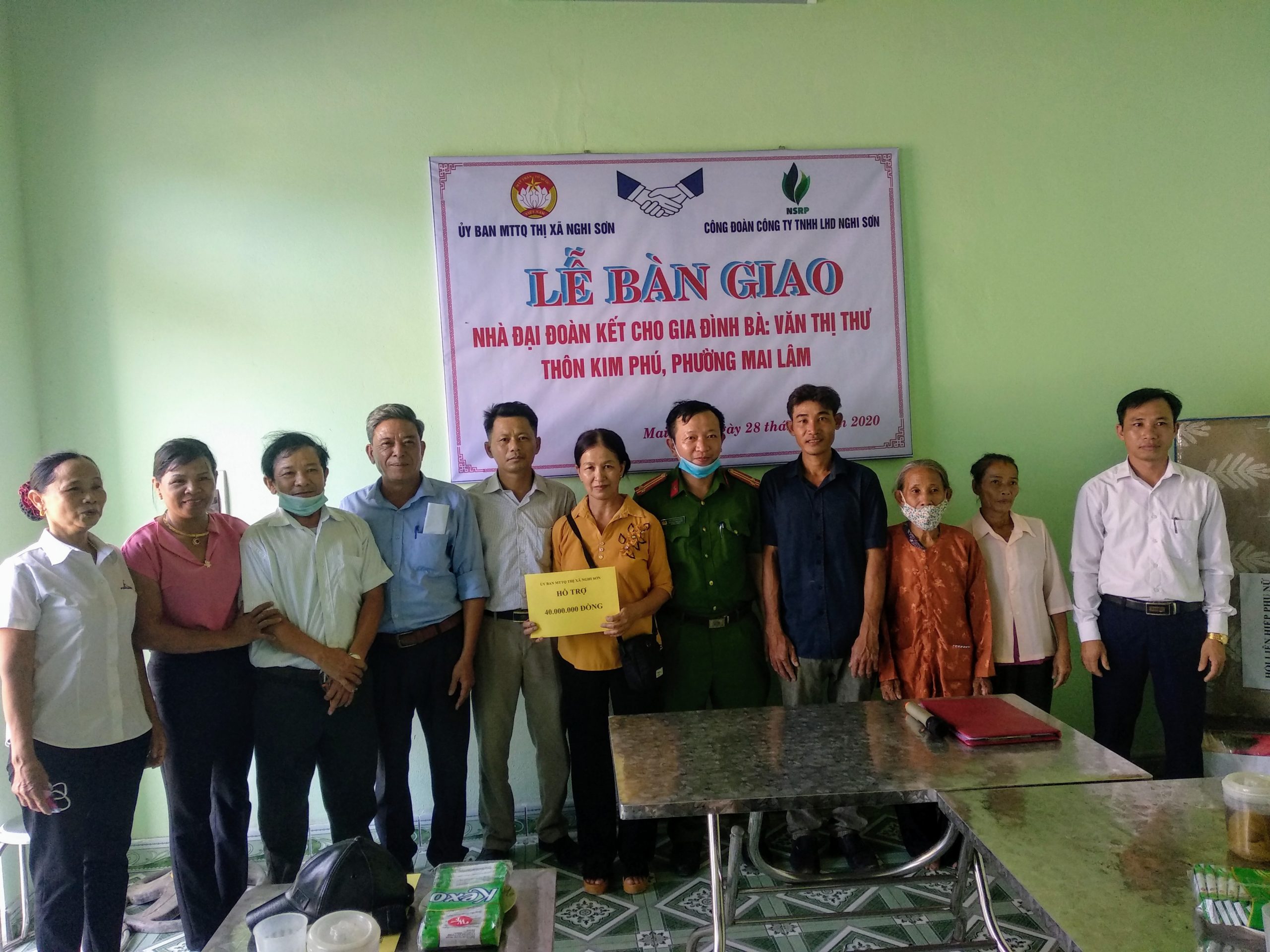 At the handover ceremony

On behalf of the family, Ms. Van Thi Thu said: “We deeply thank for the support of the Fatherland Front of Mai Lam Ward, the support from the NSRP Trade Union that help our family have a better and cozy place to live, and especially I feel much more safer since the rainy season is approaching. ”