Oil slicks have been found along a three-kilometer stretch of beach in Nha Trang in central Vietnam in the last two days. 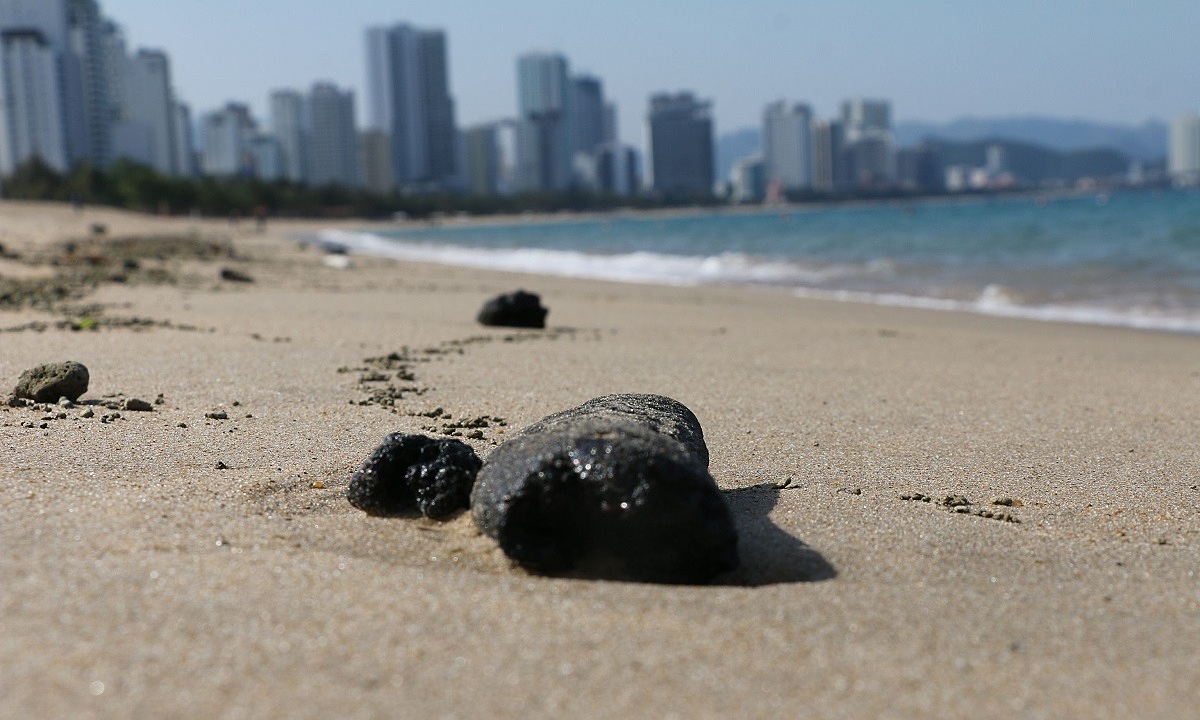 The Nha Trang Urban Environment JSC has dispatched dozens of workers to Tran Phu Beach to collect them.

On Thursday (March 17) alone they filled up 100 bags of 50kg each. But after the cleanup, more slicks appeared.

According to the workers, they are sticky and give off a burning smell.

Huynh Binh Thai, Head of the Nha Trang Bay management board, said slicks have also been seen around the Hon Mun Marine Protected Area. It is still not clear where they are coming from since no oil spill or the sinking of a vessel has been reported.

Nha Trang in Khanh Hoa Province is one of the country’s top tourist destinations.