Back to the news list
AES, 5B to accelerate world’s transition to solar energy

U.S. energy corporation AES has invested in 5B, a solar technology company based in Sydney, Australia. 5B’s revolutionary Maverick design enables customers to add solar resources at a pace that is three times faster than usual while providing up to two times more energy within the same footprint of traditional solar facilities.

Together, AES and 5B will help clients accelerate the production of solar energy.

The total global investment in the solar energy market between 2021 and 2025 is projected to reach $613 billion as companies transition to greener energy. 5B’s Maverick design enables companies to make that transition more quickly and with less land. The design is a pre-wired, prefabricated solar solution that is folded up, shipped to site and rolled out.

The 5B approach streamlines engineering, procurement and construction for ground-mounted solar facilities.

Maverick also removes common barriers to deploying solar resources, including availability of land and ground penetration, making solar possible in more places while providing the flexibility to easily relocate the resources in some applications.

“Solar is the most abundant clean energy source in the world, and 5B’s innovative design produces twice the energy for any given area,” Andrés Gluski, president and CEO of AES, said.

“In addition, a project using 5B’s technology can be built in a third of the time when compared with conventional solar. These significant advantages will help us meet our customers growing needs in today’s ever-changing environment.” 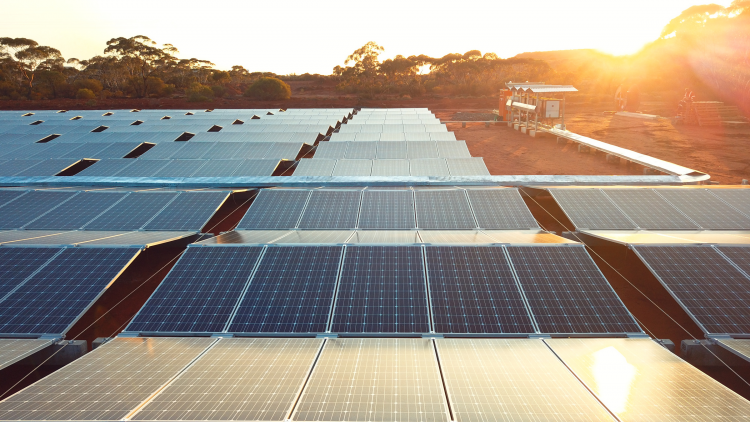 5B’s innovative design produces twice the energy for any given area.

AES will benefit from the use of 5B’s Maverick technology across many of the projects in its expected 2-3 GW of annual renewables growth.

This year AES Panama will fast-track the delivery of a 2 MW project utilizing the Maverick solution. In Chile, AES Gener will deploy 10 MW of Maverick technology as part of the expansion of its Los Andes solar facility in the Atacama Desert in the north of the country.

Speaking about the strategic investment, David Stone, CEO of AES Vietnam, said: “The investment is great news for AES and the energy sector in Vietnam. With 5B’s Maverick design, AES will continue to offer cutting-edge technologies that can significantly transform the future solar landscape in the country.

“These innovative technologies will support Vietnam in accelerating its renewable goals, which have been outlined recently in the Politburo’s Resolution No.55-NQ/TW.”

Following AES’s $8.6-million investment in it, 5B joins a growing portfolio of energy technology platforms in which it has made strategic investments.

AES Corporation is a Fortune 500 global power company that provides affordable, sustainable energy in 14 countries through a diverse portfolio of distribution businesses as well as thermal and renewable generation facilities.

AES, through its subsidiary, AES Mong Duong Power Company Limited, has developed and arranged financing for the 1,242 MW Mong Duong 2 BOT power project, which has a total investment of around $2.1 billion.

This is one of Vietnam’s first and largest build – operate – transfer (BOT) coal-fired power project, accounting for approximately 2.6 percent of the country’s installed capacity.