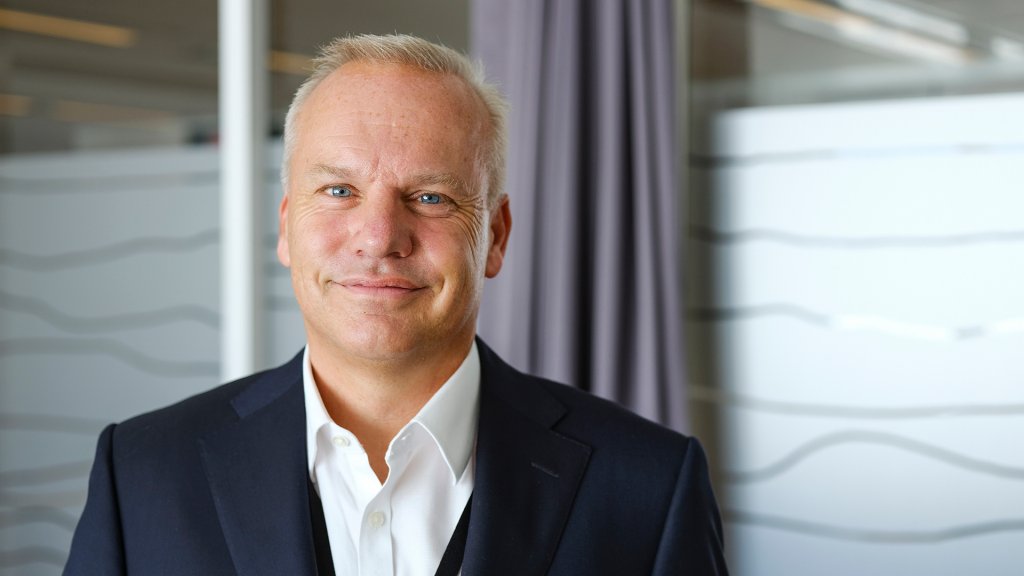 Anders Opedal, next CEO of Equinor

The Board of Directors of Equinor (OSE: EQNR, NYSE: EQNR) has appointed Anders Opedal as new president and CEO of Equinor from 2 November 2020. Eldar Sætre will retire after six years as CEO and more than 40 years in the company.

“The Board is proud to present Anders Opedal as our next CEO. Equinor is entering a phase of significant change as the world needs to take more forceful action to combat climate change. The board’s mandate is for Anders to accelerate our development as a broad energy company and to increase value creation for our shareholders through the energy transition,” says Jon Erik Reinhardsen, Chair of the Board of Directors in Equinor.

Anders Opedal comes from the position as Executive Vice President Technology, Projects and Drilling. He joined Equinor as a petroleum engineer in 1997, spent many years in Drilling and Well and served as Chief Procurement Officer. In 2011, he was chosen to lead Equinor’s approximately NOK 300 billion project portfolio. He later served as Executive Vice President and Chief Operating Officer before taking the role as Senior Vice President and country manager Brazil. Opedal holds a Master’s degree in Engineering from The Norwegian Institute of Technology (NTNU) and an MBA from Heriot-Watt University in Edinburgh.

“Anders Opedal has deep knowledge of and broad experience from the energy sector. He has risen through the ranks of Equinor and has demonstrated outstanding leadership and consistently delivered results exceeding expectations. As the first engineer to become CEO he is passionate about technology, digitalisation and industrial development. A unanimous Board is confident that Anders is the right person to further develop Equinor as a force in the green shift, and together with our dedicated people, further strengthen the company culture and our safety performance,” Jon Erik Reinhardsen says.

“I am honoured and proud to take over the responsibility as CEO. I am confident in Equinor and all our people, and in our ability to change and continue creating long-term value for our shareholders also in a low carbon future. We have a great starting point for what will be a massive transition with our strong assets, outstanding competence, technology and innovation skills, and we have highly engaged people and strong values to guide us in this process. Together, we will accelerate the development of Equinor as a broad energy company and our growth within renewables,” says Anders Opedal.

“I really look forward to take on the role as CEO. I will use the time until I take over to prepare and plan for this great company’s future. And I will take the opportunity to engage and listen, both to the organisation and external stakeholders to get their valuable perspectives before setting the direction for my leadership for a new time,” Opedal says.

The Equinor Board of Directors have systematically and continuously worked with CEO succession planning, considering and assessing a diverse set of male and female candidates throughout this process.

Eldar Sætre turns 65 years early next year and indicated before summer to the Board that this could be a natural point of retirement. This allowed the Board to plan a stepwise transition process to give a new CEO time to prepare for taking over the role.

Opedal will take over the position as president and CEO from 2 November and Eldar Sætre will be available to advise the new CEO until he retires from the company 1 March 2021.

“Eldar has dedicated his whole career to Equinor since joining the company at the age of 24. As CEO since 2014, Eldar has developed Equinor as a broad and more global energy company. He took over as CEO at a time when the oil price saw a dramatic downturn. Thanks to his leadership and strong performance across the organisation, Equinor is today a safer, stronger and more competitive company, well positioned to thrive in the energy transition. The name change from Statoil to Equinor reflects the company’s reorientation and will forever stand as an important milestone during Eldar’s tenure. The Board is grateful for Eldar’s leadership, achievements and long commitment to the company,” says Jon Erik Reinhardsen.

“I have spent my entire working life in Equinor. I love this company and it has been the utmost privilege to work with all the great people in Equinor for the last four decades. I am very proud of what we have achieved together. Thanks to the relentless efforts from competent and dedicated people across the company, Equinor is today a stronger and more competitive company, better prepared for a low carbon future than ever. I know Anders well, and I am confident that he is the right person to lead the company during the next phase of the energy transition,” says Eldar Sætre, CEO of Equinor.

Anders Opedal will establish a transition team and prepare to take over as CEO from 2 November. Effective immediately, Opedal will step out of his role as EVP Technology, Projects and Drilling and Geir Tungesvik will step into the role as acting EVP. Until commencement of the role as CEO, Opedal will be Executive Vice President reporting to the CEO and be part of the Corporate executive committee.

Anders Opedal will receive a base salary of 9,1 million NOK. He will participate in the variable pay schemes within the framework previously established for the CEO role. His annual variable pay target will be 25% (maximum 50%) and long-term incentive 30% of base salary. The pensionable salary will be capped at 12 G. He will receive a fixed salary addition of 18% of base salary in lieu of pension contribution above 12G.