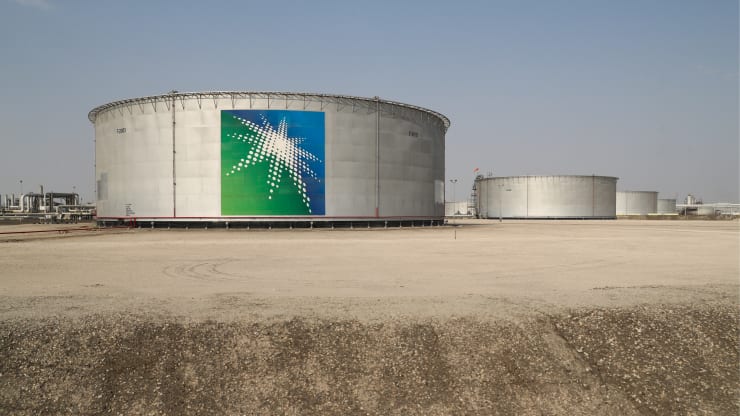 Oil tanks at an oil processing facility of Saudi Aramco, a Saudi Arabian state-owned oil and gas company, at the Abqaiq oil field.

Saudi Aramco is reportedly seeking to extend a $10-billion loan, according to Reuters, which cited unnamed sources familiar with the matter, who confirmed an initial report by a Reuters-related news outlet.

Aramco took the loan from a group of banks last year in May to finance its acquisition of Sabic, the Saudi petrochemicals major, which cost the energy company some $69 billion and wrapped up in June 2020.

The loan was supposed to be repaid from the proceeds of a bond that Aramco issued later last year. However, the company did not repay the Sabic loan. It raised $8 billion from the bond. It was the second bond Aramco issued  in as many years, after placing a $12-billion bond with international buyers in 2019.

Saudi Arabia, like its fellow Gulf oil producers, has taken to raising debt to weather the effects of two oil price crises in the past ten years—the more recent one particularly devastating. For Aramco, debt is a better option than reducing its dividend, as most of this goes into the rulers of the Kingdom, who are also majority owners of the company.

The news that the world’s largest oil company by reserves wants to extend the loan suggests it has not yet recovered enough to start paying its dues even though Brent is still trading above $60 a barrel.

In addition to loans, however, Aramco has also put some assets up for sale, notably its pipeline business. The company was even reportedly ready to offer prospective buyers a loan of up to $10 billion to secure a deal.

According to the latest reports, bidders for the pipeline business, which Aramco will only sell a part of, include Apollo Global Management and Global Infrastructure Partners. Bloomberg reported last month that BlackRock, Brookfield Asset Management, and China’s Silk Road Fund Co. had also submitted non-binding bids for the assets.