Asia liquefied natural gas (LNG) prices fell this week as spot demand from China remained muted despite the start of winter and as natural gas supplies from Russia continued to flow steadily to Germany. But the drop in prices was kept in check by outages in Australia which curbed cargo loadings, trade sources said. The average LNG price for January delivery into Northeast Asia fell to $34.60 per metric million British thermal units (mmBtu), down $1.50, they said.

Chinese LNG buyers are pulling back on spot purchases of the super-chilled fuel as prices remain high and inventories are ample, several trade sources said. Another source added that the government’s tolerance of additional coal burning has also dampened appetite for more expensive LNG. Beijing Gas entered the market to purchase LNG cargoes, but they are for delivery in the middle of next year. 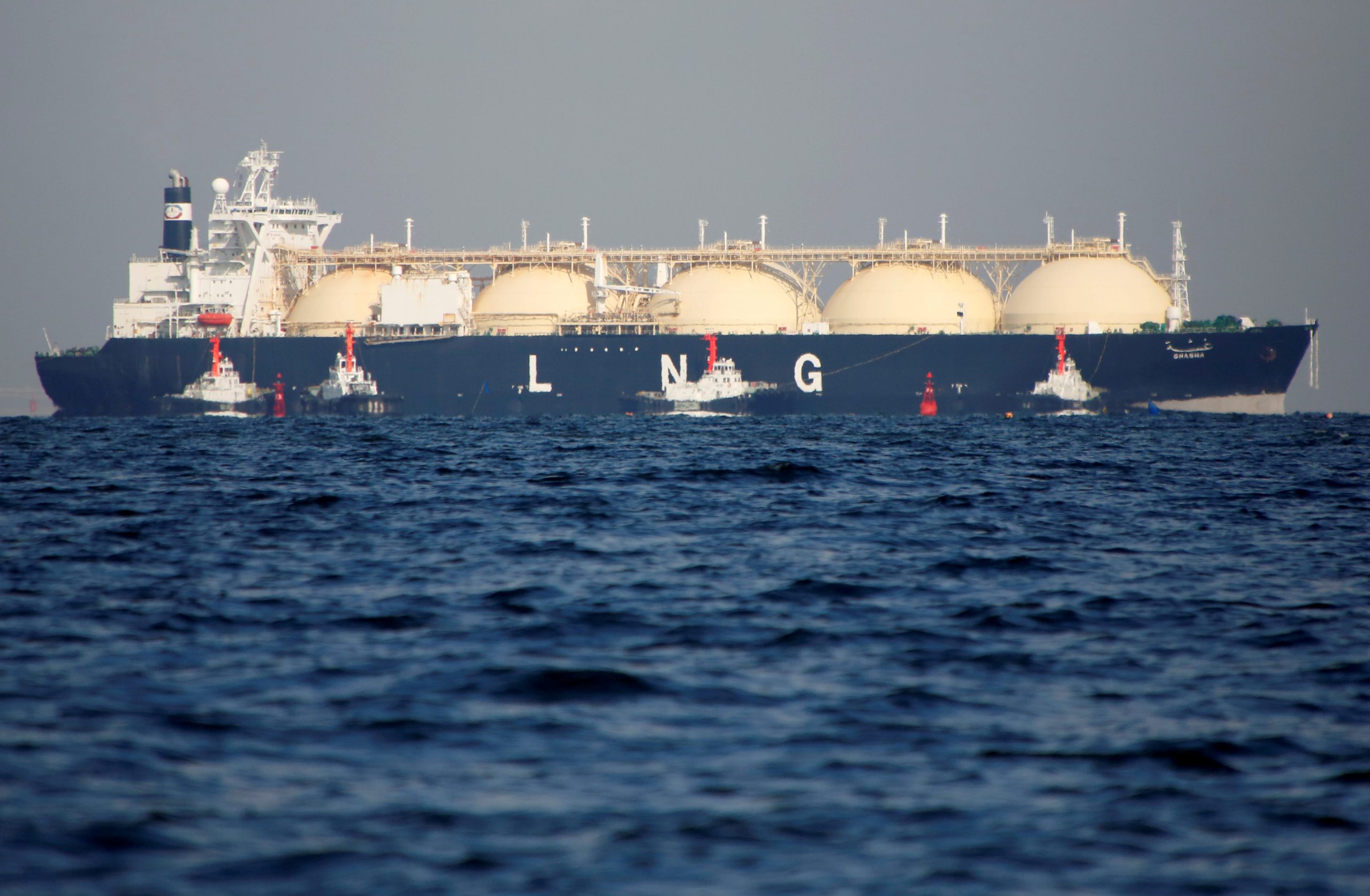 Royal Dutch Shell shut production at its Prelude floating LNG site and Chevron Corp shut one of three processing units at its Gorgon LNG plant, both off northwestern Australia, the companies said.

Shell said Prelude was hit by a power outage on Thursday after smoke was detected in an electrical utility area, and the facility is operating on back-up diesel generators, while Chevron shut Train 3 at its 15.6 million ton a year Gorgon LNG plant on Wednesday. Neither company gave a timeframe for restoring output.

Cheniere Energy may have temporarily shut a production train at its Sabine Pass plant in the United States following dense fog, one source said, though details were not immediately available or confirmed.

South Korea’s Korea Midland Power Co (KOMIPO) bought a cargo for delivery in mid-January at around $34 to $36 per mmBtu, an industry source said.

Russian natural gas supplies to Germany through the Yamal-Europe pipeline have been stable for the past 24 hours, data from German network operator Gascade showed on Friday.