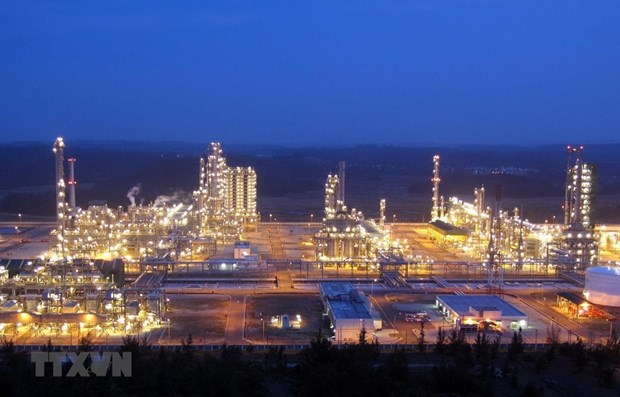 The Binh Son Refining and Petrochemical JSC (BSR) posted over 2 trillion VND (over 87.44 million USD) in after-tax profit in the first quarter of 2022, up 8 percent year-on-year, surpassing the yearly target by 45 percent.

According to the document of the firm’s annual shareholders’ meeting in 2022, BSR sold nearly 1.6 million tons of products in Q1, equal to 25 percent of the target set for the year. Total revenue hit over 35.47 trillion VND in the period, representing a surge of 69 percent compared to the same period last year.

Despite the positive business results in the first three months, the company has set much lower business goals for this year compared to last year. It aims for 91.4 trillion VND in consolidated revenue and over 1.4 trillion VND in after-tax profit this year, down 10 percent and 79.3 percent year-on-year, respectively.

In 2022, the firm continues to meet difficulties due to the COVID-19 pandemic. The demand for fossil fuels, especially gasoline and oil, is affected by the increasingly development of renewable energy technology and the growing demand for environmentally friendly vehicles.

According to the company, to complete its plan in 2022, the firm will focus on nine groups of measures related to business and production, market and corporate governance. Last year, BSR’s total revenue reached 102.1 trillion VND, up 74 percent year-on-year, while its after-tax profit hitting nearly 6.7 trillion VND.