BP is beefing up its hydrogen management team as the energy company prepares to accelerate investments in the low-carbon fuel which it believes will play a key role in the world’s shift away from fossil fuels.

The revamp of the hydrogen team is the first clear sign of changes Anja-Isabel Dotzenrath, a former head of RWE Renewables, has made since becoming BP’s head of natural gas and renewables in March. 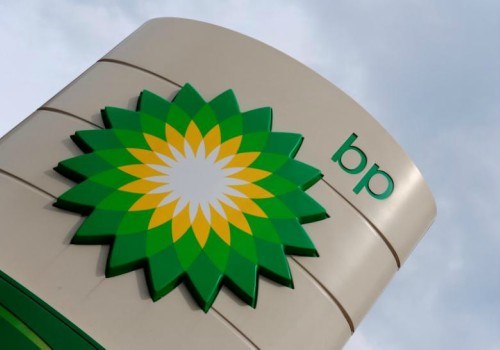 The changes will take effect on July 1.

It also comes as BP announces it has agreed to buy a 40.5% stake and become operator of an Australian renewable energy project that could become one of the world’s biggest producers of green hydrogen.

BP’s new hydrogen organisation will be led by Felipe Arbelaez, a veteran BP executive who has helped shape its renewables strategy since Chief Executive Bernard Looney took office in 2020, according to an internal memo seen by Reuters.

The business will include six regional team leaders as well as two separate teams dedicated to technical developments and integration of hydrogen in BP’s operations, the memo said.

BP also plans to recruit around 100 people to the hydrogen team this year after hiring a similar number last year, a spokesperson said.

Hydrogen is today used primarily in oil refineries but its production from natural gas is highly carbon-intensive.

Demand for so-called blue hydrogen, where production emissions are captures, and green hydrogen, which is produced from renewable energy by splitting water, is expected to play an important role decarbonising heavy industry and transport.

Both blue and green hydrogen technologies are still in their infancy and at least twice as expensive in production terms than regular, so-called grey hydrogen.

The decision to increase the focus on hydrogen follows an acceleration in government and industry plans to plough billions into the fuel in the coming decades as they seek to slash greenhouse gas emissions, Arbelaez told Reuters.

“We’re starting to see evidence that the desire to progress the hydrogen market is really accelerating across all nations and particularly in Europe, Asia and the United States,” Arbelaez said.

The shock to global energy prices following Russia’s invasion of Ukraine in February has further boosted the outlook, he said.

“The (hydrogen) market doesn’t exist in reality today. But what we are seeing is government ambitions to decarbonise and move away from hydrocarbons and in particularly to replace natural gas,” Arbelaez said.

“Those ambitions are accelerating and the need for security of supply of energy, particularly in the European context on the back of the Ukrainian conflict, really accelerating the desire to develop alternatives.”

BP is starting to negotiate its first hydrogen supply contract for a period of up to 10 years, which will be linked to the carbon content of the fuel, Arbelaez said.

The company expects low-carbon hydrogen demand to reach 380 to 450 million tonnes per year by 2050, representing up to 15% of the total energy mix.

But while demand will be focused in Europe, the United States and Asia, production will be centred in other regions including Australia, the Middle East and South America, Arbelaez said.

To bridge that gap, BP plans to invest in technologies and hubs to liquefy hydrogen and ship it to consumers, he said.

To be liquefied, hydrogen needs to be cooled down to below 250 degrees Celsius, an extremely energy-intensive process.

BP aims to capture a 10% share of the global hydrogen market.

Its spending on hydrogen and carbon capture and storage technology is “not a big number today”, Arbelaez said, but investment in low-carbon business will account for 40% of capital expenditure by the end of the decade.