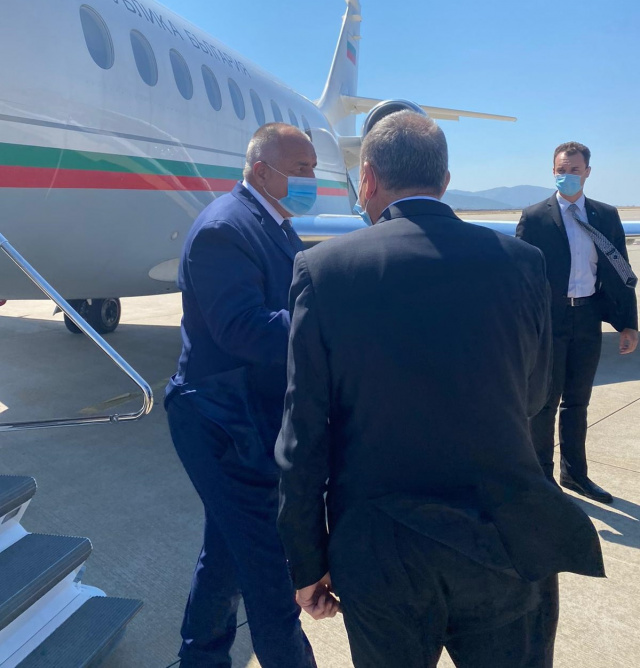 The Prime Minister Boyko Borissov arrived in Athens, where together with his Greek counterpart Kyriakos Mitsotakis he will participate in the finalization of the process in which Bulgartransgaz EAD becomes an equal shareholder in the project for a liquefied natural gas terminal near Alexandroupolis. In the Greek capital, the two prime ministers will attend the official signing ceremony of the contract between Bulgartransgaz EAD CEO Vladimir Malinov and Asimina-Eleni Kopeluzu, who is a major shareholder in Gastrade SA. – the project company that will implement the liquefied natural gas terminal near the city of Alexandroupolis, Northern Greece.

In Athens, Prime Minister Boyko Borissov will also hold a working meeting with Greek Prime Minister Kyriakos Mitsotakis. The two will discuss the development of the crisis with COVID-19, as well as current issues on the European agenda. The topic of the future of the Western Balkans will also be in the focus of their conversation.

The signing of today’s agreement will allow Bulgaria to take full advantage of the new opportunities that liquefied natural gas supplies offer. At the beginning of this year, Bulgartransgaz EAD concluded a preliminary contract for the purchase of 20% of the share capital of Gastrade SA After the documents are finalized today, our country will have a real participation in the project and a significant contribution to the possibility of liquefied natural gas to be supplied from various sources, including the United States, Qatar, Israel and others. Bulgaria’s participation in the project is strategically important for the diversification and security of energy supply not only in our country but also in the whole region. The importance of the project and the serious commitment of Bulgaria to it is indicative of the fact that Bulgargaz has already reserved quantities of natural gas for a period of ten years.

The project contributes to the implementation of the overall concept of the Balkan Gas Hub, which provides for the connection and development of the necessary gas transmission infrastructure to connect the natural gas markets of the countries in Central and Eastern Europe. The project has been identified by the European Commission as a project of “common interest” for the member states and is implemented in accordance with the policy and priorities for building a single interconnected pan-European energy market. The terminal is in synergy with other infrastructure projects in the region, such as the Greece-Bulgaria interconnector and the expansion of the Chiren underground gas storage.