Hue made the remark while chairing a meeting on April 6 with standing members of the NA Economic Committee discussing a report on supervising five years of implementing the legislative body’s Resolution 31 dated November 22, 2016 on the cancellation of the nuclear power plant project in the central province of Ninh Thuan. 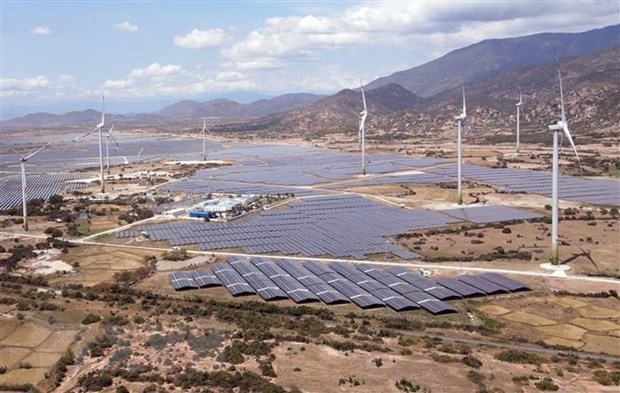 According to reports by the committee and relevant ministries and sectors, following the Resolution of the 12th-tenure Party Central Committee’s fourth plenum, adopted on October 14, 2016, and Resolution 31, the Government issued a resolution on August 31, 2018 on the implementation of several special policies and mechanisms to help Ninh Thuan step up socio-economic development, stabilize locals’ lives and production, and develop renewable energies in the 2018-2023 period.

After five years carrying out the resolution, the central province has enjoyed considerable socio-economic development. Its State budget revenue surpassed 4.3 trillion VND (188 million USD) last year, an over fourfold increase against that in 2015. In the 2016-2020 period, Ninh Thuan’s annual GRDP growth rate averaged at 10.2 percent, with per capita GRDP hitting 60.1 million VND per year, equal to 2.17 times of that in 2015. With this figure, the province ranked second nationwide in terms of the growth rate of per capita income, only after the northern port city of Hai Phong. The poverty rate dropped from 14.93 percent to 4.57 percent after five years.

In addition, by the end of 2021, Ninh Thuan had the largest renewable energy development scale in Vietnam with a total capacity of 3,205 MW, including 2,296 MW of farm solar power, 287 MW of rooftop solar power and 622 MW of wind power.

Concluding the event, NA Chairman Hue urged the committee to acquire opinions raised at the meeting and coordinate with relevant ministries and agencies, and Ninh Thuan province to complete a report on the five-year implementation of Resolution 31, as well as propose to the NA and Government measures to solve difficulties and create conditions for the province to continue its rapid and sustainable development.