BP added more than a billion dollars to its share buyback programme on November 2 as it likened itself to a “cash machine” benefitting from higher oil and gas prices and a strong trading performance in the third quarter.

Natural gas and power prices around the world surged as tight gas supplies collided with strong demand in economies recovering from the pandemic.

The company “is a cash machine at these sort of (oil and gas) prices and the business is running very well,” Chief Executive Officer Bernard Looney told Reuters.

That compares with $2.8 billion in profit in the second quarter and $86 million a year earlier, when energy demand and prices collapsed because of the pandemic.

The results were boosted by “very strong trading,” which helped BP weather large fluctuations in gas and liquefied natural gas (LNG) prices throughout the quarter.

Reuters reported last month that BP’s trading arm made at least $500 million in the quarter.

“It’s not only a trading story. We have had production growth, we have stronger reliability and availability in our businesses,” Looney said.

Although the headline profit reflects a strong business, BP reported a loss attributable to shareholders of $2.54 billion because of accounting effects and hedges as a result of fluctuations in LNG prices, which are expected to balance out over time. 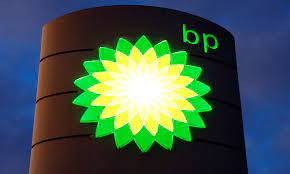 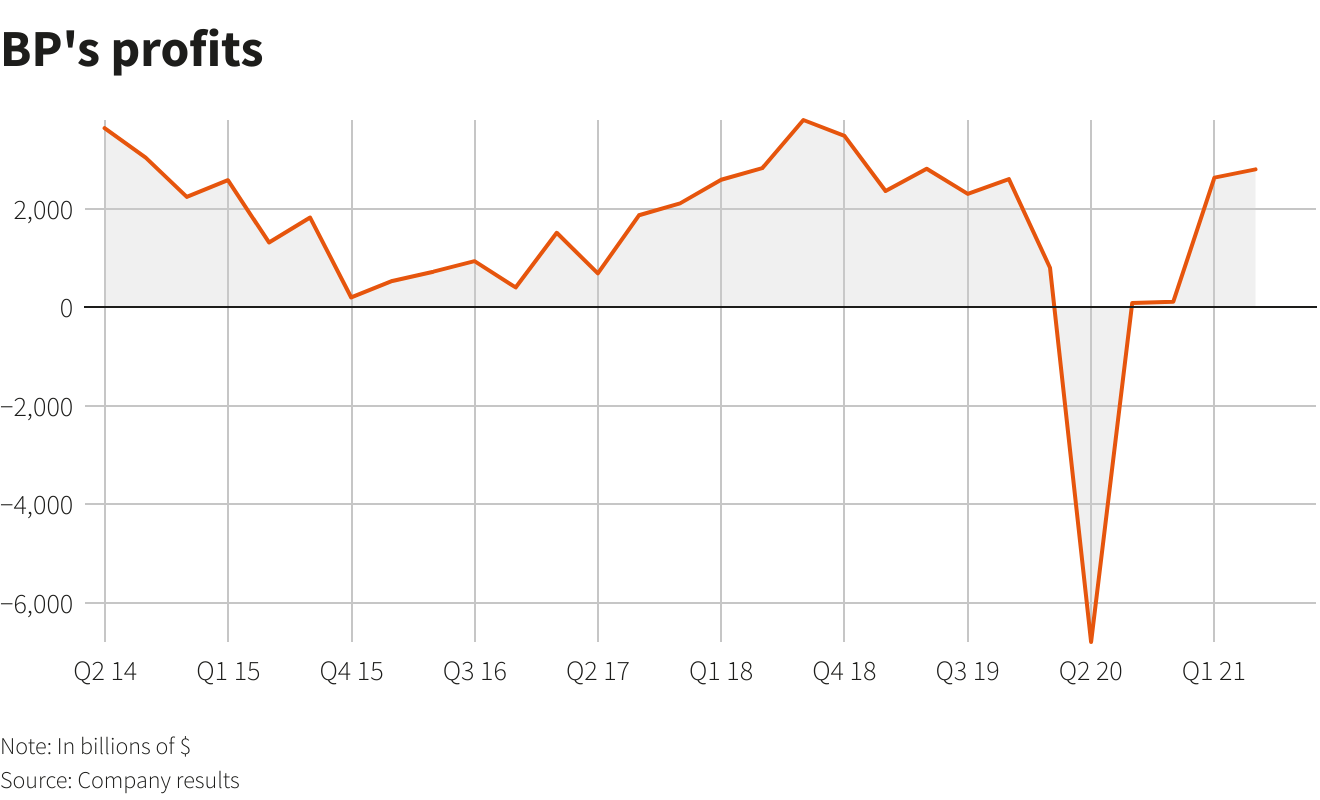 The company said it would repurchase a further $1.25 billion of its shares by early 2022, after buying $900 million during the third quarter. BP plans to maintain buybacks at a rate of around $1 billion per quarter if oil prices remain at $60 a barrel or over.

BP’s net debt fell further to $32 billion from $32.7 billion in the second quarter.

The long-term outlook for fossil fuel demand is uncertain as world leaders gathers this week in Glasgow, Scotland, for a U.N conference critical to averting the most disastrous effects of climate change.

BP plans to sharply reduce its carbon emissions  in the coming decades by increasing its renewable power capacity 20-fold by 2030, while reducing its oil output by 40% and diverting more funds to low-carbon investments.

Its profits today come entirely from oil and gas operations.

The company said it plans to spend $14 to $16 billion in total next year, with around $9 billion going to oil and gas projects. BP will boost its spending on U.S. shale oil and gas to $1.5 billion in 2022 from around $1 billion this year, Chief Financial Officer Murray Auchincloss told analysts.

“The company can talk about ‘Performing while Transforming’ all it likes but it needs to prove to shareholders and the markets as a whole that it can transition to renewables in a way that doesn’t hammer its margins, and the jury is likely to remain out on that,” Michael Hewson, chief market analyst at CMC Markets UK, said in a note.

Looney told Reuters the company had not faced calls from investors to split into separate low-carbon and oil and gas divisions, after an activist fund called for rival Royal Dutch Shell to break up its business last week.