China made an unprecedented intervention in the global oil market, releasing crude from its strategic reserve for the first time with the explicit aim of lowering prices.

The announcement comes amid surging energy costs in China, not just for oil but also for coal and natural gas, and electricity shortages in some provinces that have forced some factories to cut production. Inflation is rapidly rising too, a political headache for Beijing. Oil slumped. 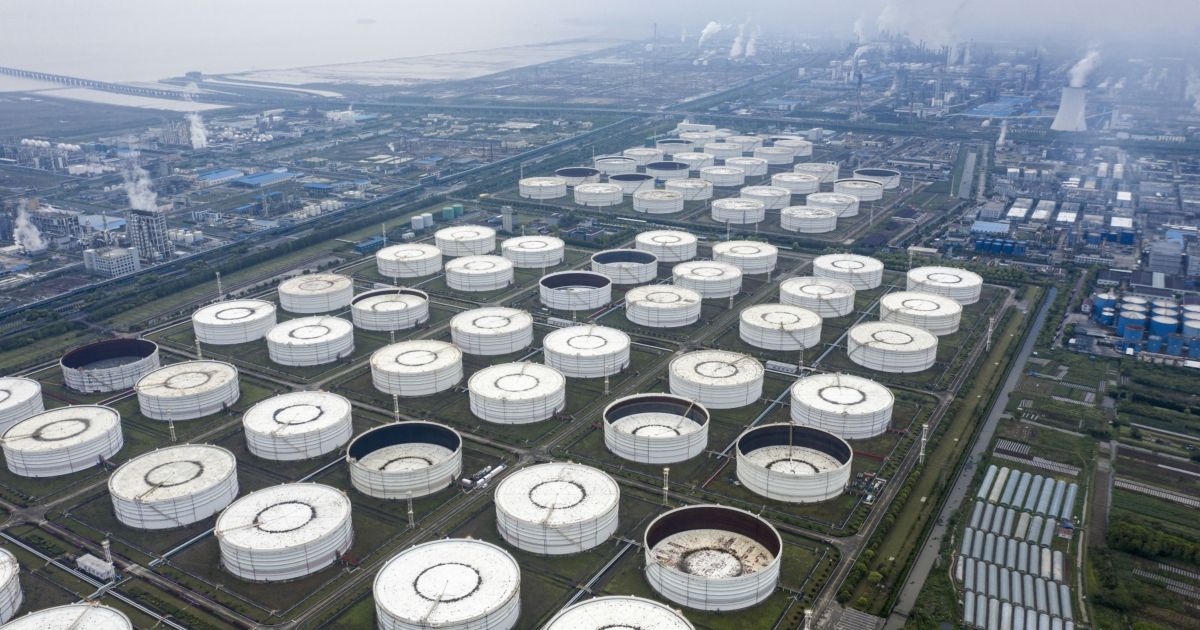 Oil storage tanks are seen in this aerial photograph taken on the outskirts of Ningbo, Zhejiang Province, China, on Wednesday, April 22, 2020. China’s top leaders softened their tone on the importance of reaching specific growth targets this year during the latest Politburo meeting on April 17, saying the nation is facing “unprecedented” economic difficulty and signaling that more stimulus was in the works. Photographer: Qilai Shen/Bloomberg

In a late statement on September 9th, the National Food and Strategic Reserves Administration said the country had tapped its giant oil reserves to “to ease the pressure of rising raw material prices.” It didn’t offer further details, but people familiar with the matter said the statement referred to millions of barrels the government offered in mid-July.

The Chinese stockpiling agency also said a “normalized” rotation of crude oil in the state reserves is “an important way for the reserves to play its role in balancing the market”, indicating that it may continue to release barrels. The agency said that putting national reserve crude oil on the market through open auctions “will better stabilize domestic market supply and demand”.

No one answered calls to the press offices of China’s State Council and the National Development and Reform Commission seeking comments outside the regular business hours.

China is the world’s largest oil importer and over the past decade has built a huge reserve of the commodity. The buffer differs from strategic petroleum reserves, known as SPR, held in the U.S. and Europe, which are mostly only tapped during supply outages and wars. China however is signalling it’s willing to use its reserve to try to influence the market.

“On its face, it’s a pretty clear statement of an intent to use the SPR to dampen oil prices for domestic refiners,” said Bob McNally, a former senior White House policy adviser who now runs Rapidan Energy Group, a consulting firm in Washington.

The statement comes after China’s factory-gate inflation accelerated to a 13-year high, and just a month after the White House publicly asked the OPEC oil cartel to pump more crude amid rising gasoline prices in America. Together, the actions in Beijing and Washington suggest that the world’s two largest energy consumers see $70-$75 a barrel as a red line for the price of oil. Hurricane Ida has also eliminated a swath of U.S. crude production, affecting supplies to China’s Unipec.

Brent crude fell as much as $1.36 a barrel to $71.24 in London, erasing earlier gains. West Texas Intermediate had a similar reversal.

China has been selling other commodities from its strategic reserves, including copper, aluminum and grains. In the past, Beijing rarely confirmed the releases, which have tended to filter into the market via trader talk. The public release is being seen by many as an attempt to maximize the impact of the move.

Thursday’s statement started by saying the release was carried out “with the approval of the State Council,” language that Chinese researchers took as an indication that it was directed by China’s most senior political leaders.