China’s diesel exports in December sank to their lowest monthly level since March 2015, bringing the 2021 total to the lowest since 2016 at 17.21 MM tons, data showed on Tuesday.

December exports of diesel slumped to 330,000 tons, down 78% from a year earlier, amid diminishing export quotas and as refiners curbed runs in response to a slowdown in domestic demand, data from the General Administration of Customs showed.

A diesel crunch triggered by power rationing in the third quarter proved short-lived and the domestic market flipped back into a surplus, analysts said, as reflected in national refinery output, which fell last month by nearly 5% from November and 2% from a year earlier. 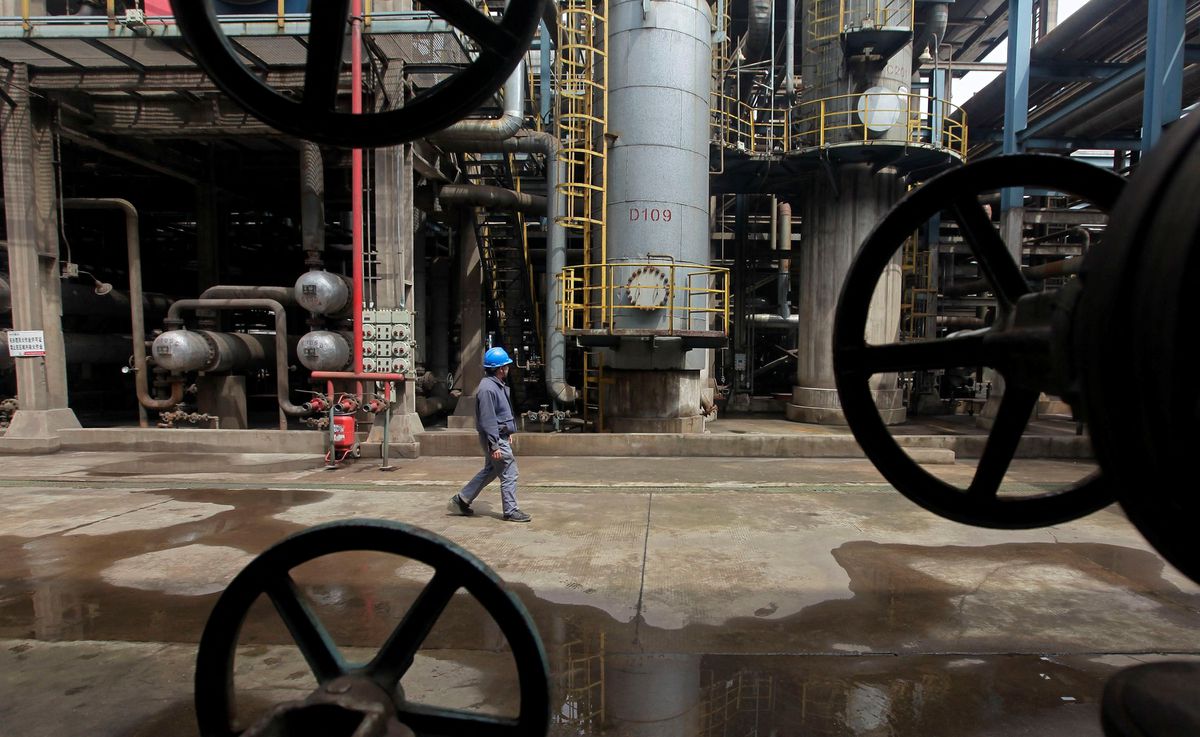 A worker walks past oil pipes at a refinery in Wuhan, Hubei province in March 23, 2012

Rigid border controls and expanding lockdowns in parts of the country to contain a resurgence of coronavirus infections and fend off the highly contagious Omicron variant dampened demand for gasoline and jet fuel.

Tuesday’s data showed imports of LNG at 7.63 MM tons in December, versus 6.9 MM tons in November but up just 1.6% versus the year-earlier level as stubbornly high Asian spot prices hurt import appetite.

Below are details of fuel exports in metric t and imports of LNG in millions of tons, with percentage changes as provided by customs.