Back to the news list
Coronavirus: Oil price collapses to lowest level for 18 years 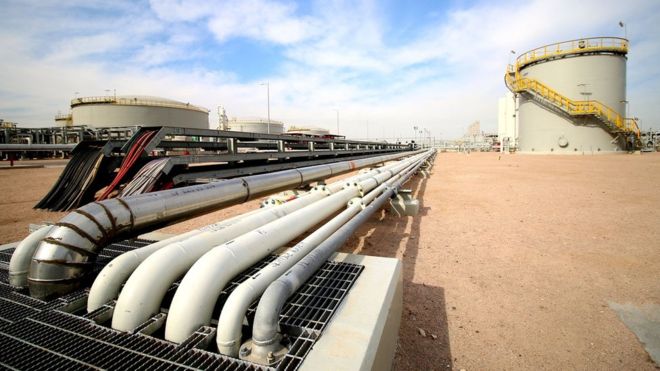 The price of oil has sunk to levels not seen since 2002 as demand for crude collapses amid the coronavirus pandemic.

Meanwhile the price of US West Texas Intermediate (WTI) fell below $20 a barrel and close to an 18-year low.

Oil prices have fallen by more than half during the past month as companies cut back or close production.

In addition to the drop in demand, a price war broke out earlier this month between Saudi Arabia and Russia.

This began when Saudi Arabia failed to convince Russia to back production cuts that had been agreed with the other members of the Opec oil producers’ group.

The decision came as refineries around the world are processing less crude oil. Demand for transport has been hammered by grounded airlines and fewer cars on the roads as countries bring in tougher measures to fight the coronavirus outbreak. 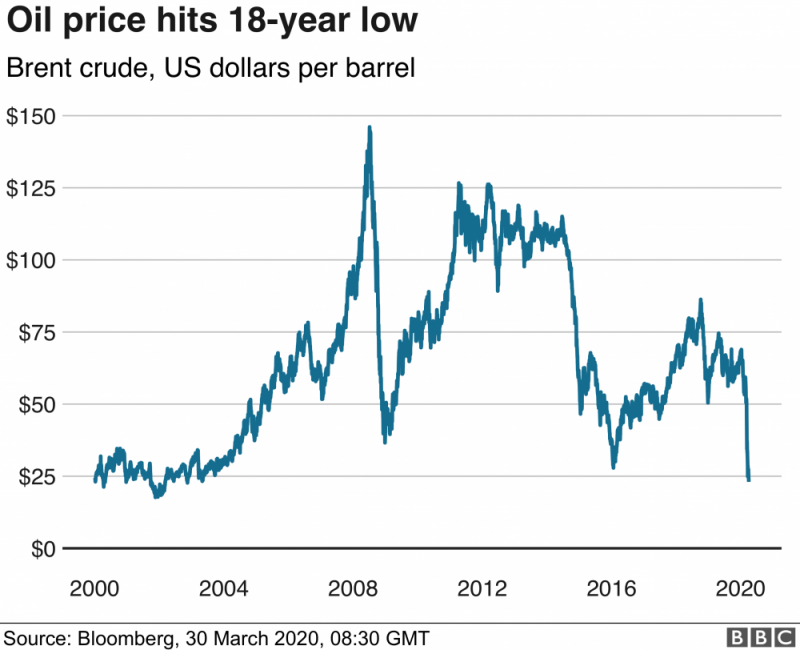 However, an analyst said a collapse in demand from the measures taken to counter the spread of coronavirus was now the main factor.

“Oil prices failed to keep pace, with growing (coronavirus) lock-down measures and reports that this could drive global demand down 20%, potentially pushing the world to run out of storage capacity,” said Morgan Stanley analyst Devin McDermott, citing a forecast by the Paris-based International Energy Agency.

What do I need to know about the coronavirus?

Shale oil producers in the US have been particularly hard hit by the slump in prices since early March.

There are growing calls for the US to suspend royalty payment fees from drillers and to buy more oil to fill the US Strategic Petroleum Reserve, or have states such as Texas restrict production, Mr McDermott said. The US is now the world’s top oil producer.

“Since the 1930s, states have had the authority to limit oil and gas production in order to support oil prices,” Mr McDermott said.

“Though this practice is not widely used today, both federal and state regulators still have the ability to place restrictions on production levels.”

The slump in oil prices has heralded the return of the £1 litre of petrol. It’s through the price of filling up, or a cheaper cost of living, that a lower oil price typically equals a boost to the UK economy.

But not so much now.

While lower prices may be welcomed by key workers such as nurses, paramedics or supermarket cashiers who drive to work, most people are holed up at home. In case they think they’re missing out, it’s important to remember that the fall in oil prices won’t be reflected in full at the pump – more than half the price of a litre reflects taxes.

The biggest impact will be felt by countries who rely heavily on the oil they produce for income. Algeria, Nigeria and Libya, for example, need oil to be close to $100 per barrel to balance the government’s books.

Similarly, Saudi Arabia, which is still recovering from the last major drop in oil prices in 2014, could face a funding shortfall of more than £100bn. The irony of course is that it is Saudi that triggered this oil price war to punish its rival Russia – a country which is far less vulnerable to drops in the price of crude.