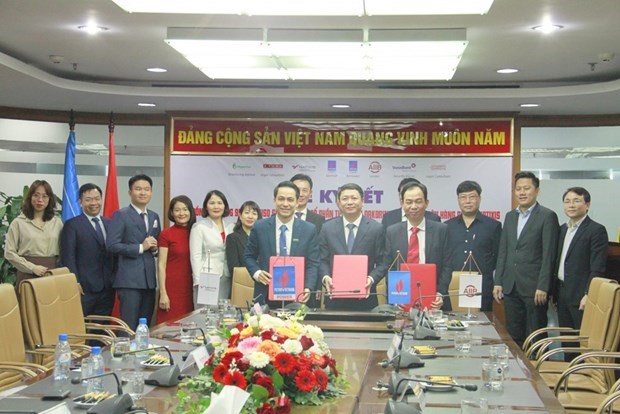 At the signing ceremony

A credit contract to provide 95 million USD for the restructuring of Dak Drinh hydro power plant was signed in Hanoi on December 14.

Signatories were PV Power DHC that operates the plant, the Asian Infrastructure Investment Bank (AIIB) and French bank Natixis. The Dak Drinh plant located in Quang Ngai and Kon Tum provinces in central Vietnam is a key project of PetroVietnam Power Corporation (PV Power) with an installed capacity of 125 MW, and a major project in the national power development plan for the 2011-20 period, with vision to 2030.

An AIIB representative said the new credit with a preferential interest rate will help cut production costs and enable investment in upgrading the plant’s equipment, thus improving its efficiency and profit.

PV Power, a subsidiary of the Vietnam Oil and Gas Group (PetroVietnam), is the second largest electricity supplier of Vietnam after the Vietnam Electricity (EVN). The company is running six affiliates and power plants with a combined installed capacity of 4,205 MW, generating about 21 billion kWh per year and making up 12 percent of the market share.