The Vietnam Oil and Gas Group (PetroVietnam) has reported that its crude oil output reached 3.63 million tonnes in the first four months of this year, surpassing the set target by 23 percent.

The group’s revenue in the period was estimated at 292.6 trillion VND (12.74 billion USD), up 62 percent on-year and exceeding the goal by 62 percent. It contributed some 41.8 trillion VND to the State budget, surpassing its target by 73 percent, and increasing by 48 percent from the same period last year. 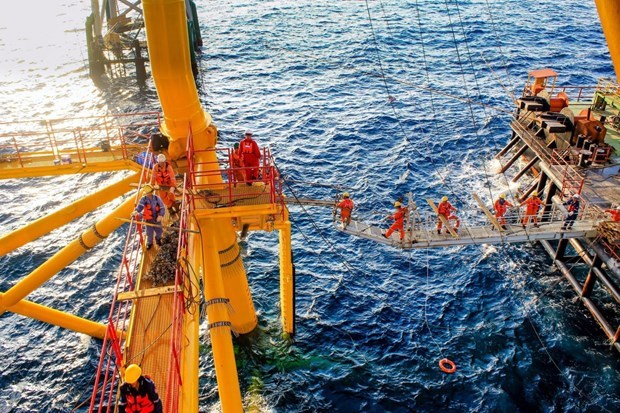 PetroVietnam will keep its targets of growth, production output, and oil extraction; while capitalising on processed products to take advantage of market opportunities, he said.