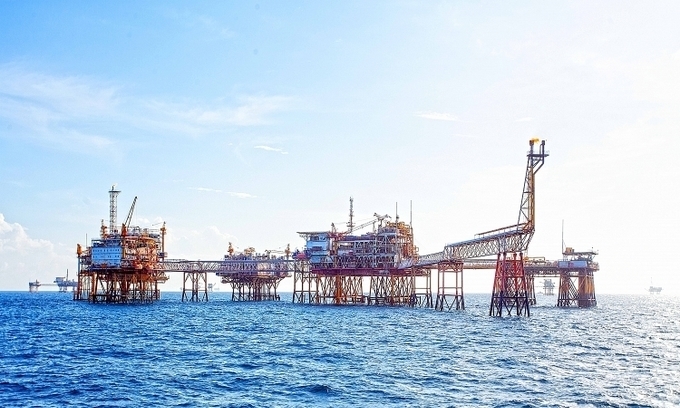 A gas rig off the coast of Vietnam. Photo courtesy of PetroVietnam Gas

Speaking at a meeting with the oil and gas group management Friday (March 11), he said the relevant ministries should take measures to stop having to import crude oil for the country’s refineries while still exporting it. While some branches of PVN are responsible for crude oil exploitation and export, others are importing it for refining.

He called on PVN to speed up investment in the Long Son industrial park in the southern province of Ba Ria – Vung Tau, which includes Vietnam’s third oil refinery, to ensure there is adequate domestic supply.

Vietnam’s oil and gas reserves are estimated at 1.5 million cubic meters, the 26th highest globally, but output only ranks 34th. Those are signs of inefficiency in oil and gas exploitation, and it is necessary to “use the resource to serve the economy and produce it in the most proficient way,” Thanh said. He called on PVN to focus on development of offshore wind power plants.