The demand for gasoline in the domestic market in the fourth quarter of this year will recover compared to the previous quarters but will be lower than the same period last year, the Việt Nam Oil and Gas Group (PVN) forecast.

Accordingly, gasoline consumption demand is expected to recover, but still decrease by 30 per cent over the same period last year; demand for diesel oil will recover but still decline by about 16 per cent year-on-year. 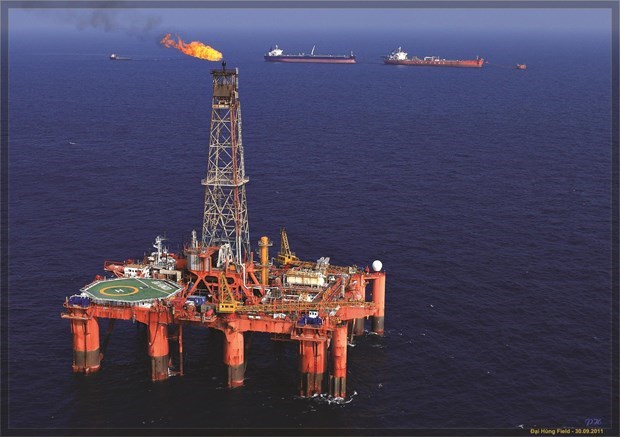 PVN also said that in the fourth quarter of this year, international organizations such as the US Energy Information Administration (EIA), Reuters Thompson forecasted that the world average oil price would be around US$75 per barrel.

Market demand will be better in the last months of the year and the demand shortfall could be at 1 million barrels per day.

The group said that the COVID-19 pandemic has strongly affected domestic gasoline consumption in the nine months of the year.

The amount of traffic on the road decreased by 60 per cent compared to the normal level in Việt Nam from May to September.

In the Mekong Delta region, where the market accounts for about 20 per cent of the total petroleum consumption of the country, fell by 80 per cent during the social distancing period.

Therefore, the national petroleum inventories were at a high level at the end of July and the beginning of August; in which the inventory of Nghi Sơn Refinery is at 80-90 per cent of both gasoline and diesel oil, equivalent to about 260,000 – 280,000sq.m, and over 70 per cent for 95 petrol at Dung Quất Oil Refinery.

Also in July and August, the market’s discount remained at a high level when it increased from VNĐ1,500 litre to about VNĐ2,000 per litre, showing that sales are facing a lot of difficulties.

For efficient production and business operations, PVN continues to build a synchronous data system from upstream, midstream, downstream at home and abroad as well as along the value chain to be able to ensure input for market forecasts.

In addition, PVN has also increased the use and application of modern tools for forecasting; built and completed a team of in-depth forecasters for each field; strengthened information connection with forecasting organizations, domestic and foreign energy companies.

Especially, from these baseline forecasts, PVN will develop oil price scenarios and mechanisms to implement these scenarios, especially in the short term to actively exploit oil and gas most effectively.