Exxon Mobil Corp XOM.N on Wednesday kept its fourth-quarter dividend flat at 87 cents a share, signaling 2020 will be the first year since 1982 that the U.S. oil producer has not raised its shareholder payout. 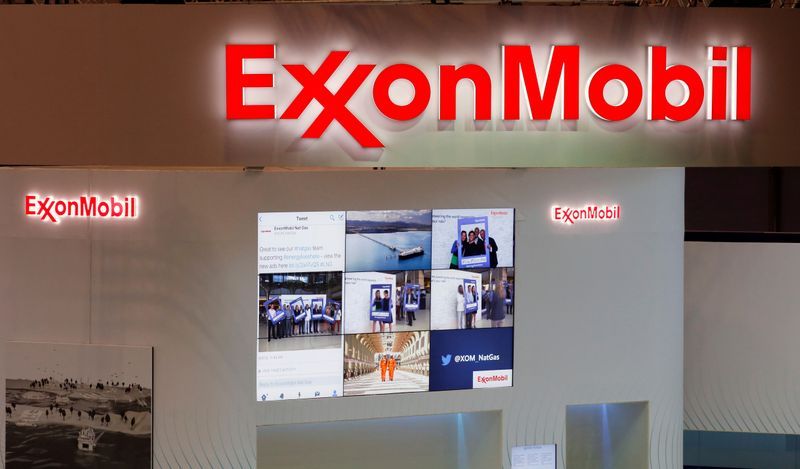 FILE PHOTO: Logos of ExxonMobil are seen in its booth at Gastech, the world’s biggest expo for the gas industry, in Chiba, Japan April 4, 2017. REUTERS/Toru Hanai/File Photo

The largest U.S. oil producer by volume was caught off guard by the sharp decline in energy prices and demand this year. U.S. prices are off 39% since the start of the year and globally demand has tumbled due to the COVID-19 pandemic.

Exxon has pledged cost and jobs cuts that could be announced as early as Friday. The decision to retain the quarterly dividend could indicate it expects margin improvements from cost-cutting will allow it to continue making the hefty payout.

Exxon has a “narrow path” to maintain the dividend without borrowing more, said Raymond James analyst Pavel Molchanov. Even with U.S. oil prices trading around $45 per barrel, the dividend would deplete the company’s cash balance by the end of 2021, he said.

Four years ago, Exxon stopped buying back its own shares, giving greater prominence to the dividend, which reached $14.7 billion last year. Officials said in July they were committed to maintaining the dividend.

“We have doubts about the sanctity of the dividend longer-term,” said Jennifer Rowland, analyst with Edward Jones. “There is greater potential for a dividend reduction in 2021 if demand doesn’t fully recover.”

Exxon shares traded at $31.57 on Wednesday, down 3.8%, and at the lowest point in more than two decades. The dividend announcement came after market close.