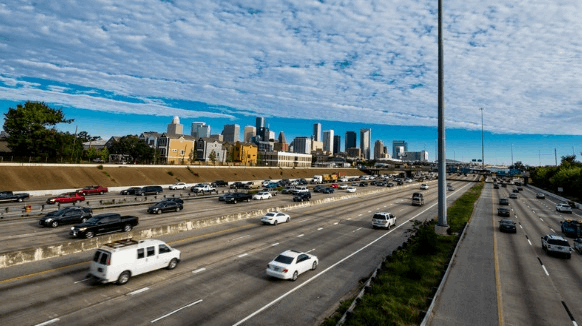 US gasoline consumption recovered last week to where it stood just before the pandemic forced everyone inside.

(Bloomberg) — U.S. gasoline consumption recovered last week to where it stood just before the pandemic forced everyone inside but uncertainty lingers for the oil industry as driving season season approaches its end. Will anyone be driving back to school?

Gasoline demand last week increased to 8.715 million barrels-a-day, the highest level for the four-week moving average since March 20, Energy Information Administration data show. “That’s an impressive number,” said Phil Flynn, senior market analyst at Price Futures Group. “It looks like people are finally getting back on the road, especially since we had been seeing a lot of discussion of the second wave of the virus.”

More drivers were spotted in California and Texas, the states with the most registered vehicles, Macquarie said in a note this week. Still, demand is off last year’s figure by nearly 1 million barrels a day. That’s the equivalent of taking about 1.5 million pickup trucks off the road.

Gasoline isn’t the only road fuel in recovery mode. Product supplied for diesel last week rose to its highest since April 3. Highway miles for trucks are up this year over 2019 with more shoppers turning to online orders. The uptick in consumption has prompted once-moribund refiners to process more crude. Refinery utilization rose to 81% so far in August from 73% in early June.

These embers of a recovery may flicker out as summer comes to a close. September will likely bring a drop in gasoline demand figures both monthly and compared to last year with fewer parents driving kids to school, Houston oil analyst Andy Lipow said. U.S. Labor Day marks the end of summer travel.

“We’ll see it come off a lot more this year,” Lipow said.