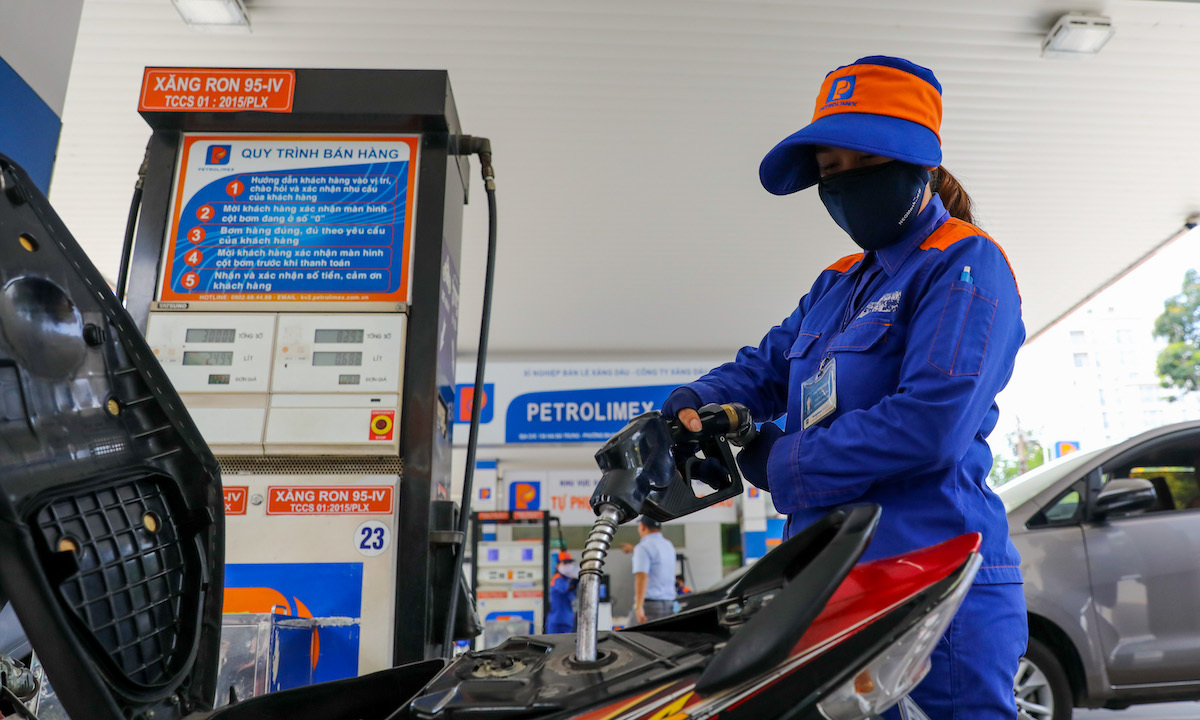 An employee pumps gasoline into a motorbike in District 1, Ho Chi Minh City

The surge in crude oil prices to an eight-year high is set to have a major inflationary effect in Vietnam.

“The rising crude oil prices will have both positive and negative impacts on Vietnam, but the negatives are bigger,” economist Can Van Luc said.

Brent crude oil futures reached $92.47 per barrel Friday, the highest level since September 2014, as investors weighed conflicting statements on the possible withdrawal of some Russian troops from around Ukraine. Oil prices have risen nearly 19 percent this year.

The positive is increased government revenues from taxes on fuel. Last year these revenues exceeded forecasts by 65 percent to reach VND35 trillion ($1.52 billion) thanks to the rise in prices.

In January this year the figure rose nearly 45 percent year-on-year to VND3.9 trillion.

But it is outweighed by the inflation the higher oil prices will cause. Lender HSBC last week raised its inflation forecast for Vietnam from 2.7 percent to 3 percent this year after factoring in the higher energy prices. The Asian Development Bank pegged the figure at 3.8 percent.

Analysts expect the $100-mark to be soon breached.

The average price this year could be $85-90, up nearly 20 percent from last year. 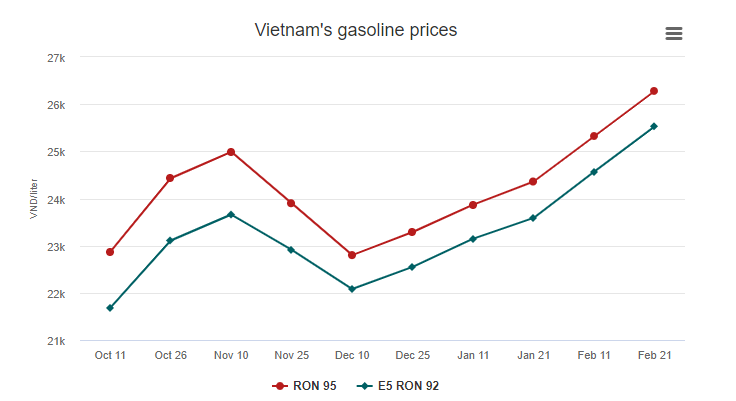 As oil accounts for around 37 percent of total costs in the economy, a 10 percent rise in its cost could take 0.5 percent off GDP growth, Nguyen Bich Lam, former head of the General Statistics Office, said.

Tran Duy Dong, head of the Ministry of Industry and Trade’s domestic market agency, pointed out: “When prices rise, some policies such as the 2 percent cut in value-added tax to boost economic recovery will be undermined”.

While there have been discussions about cutting taxes and fees on oil, which account for around 40 percent of the price, the trade ministry and Ministry of Finance have not reached any agreement, with the former supporting the cuts and the latter refusing due to fear of dwindling government revenues.