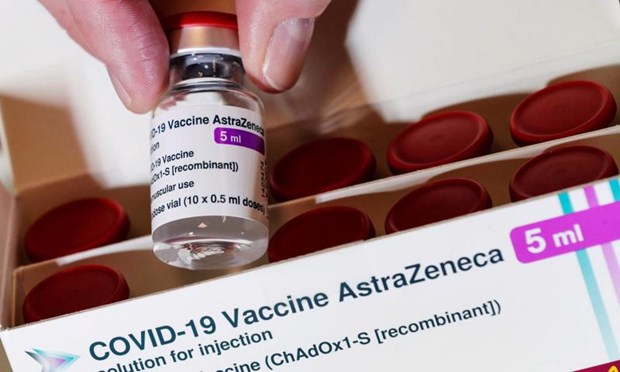 The shipment of 1 million doses of COVID-19 vaccine produced in Japan under AstraZeneca Plc.’s license is due to arrive in Vietnam on June 16. (Photo: VnEconomy)

Japan will donate 1 million doses of AstraZeneca Vaccine  to Vietnam, Japanese Foreign Minister Toshimitsu Motegi said on June 15th
The decision has been made after Japan comprehensively considered the infection situation in Vietnam, the shortage of vaccines and Japan-Vietnam relationship, Motegi said in a news conference in Tokyo.

Vietnam has been facing a resurgence of infections since late April, with its health authorities reporting a hybrid coronavirus variant that combines characteristics of strains first detected in Britain and India.

The shipment of the vaccine produced in Japan under AstraZeneca Plc.’s license is due to arrive in Vietnam on June

Motegi further noted that Japan is considering additional vaccine donations to Vietnam and Taiwan (China) after taking into account supplies to other countries, the global infection and barriers to vaccine provisions among other factors.

Japan also plans similar shipments to other Southeast Asian nations, namely Indonesia, Malaysia, the Philippines and Thailand, in June and July, according to Motegi.

The shipment to Vietnam, Taiwan and other Asian neighbours are being made outside of COVAX Facility to speed up delivery, he said, since if everything goes through COVAX, the procedures in getting approval may take time.