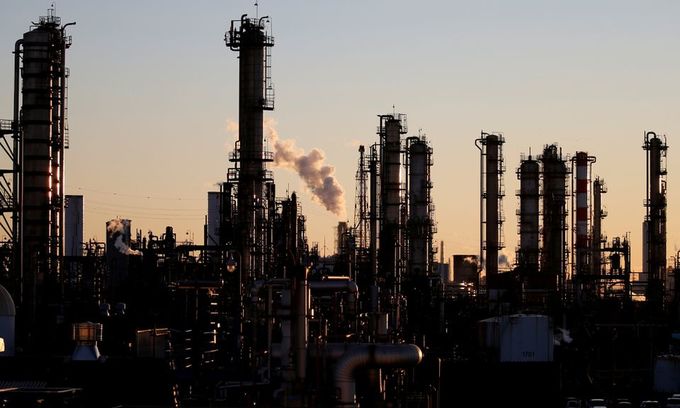 Smoke rises from a factory during the sunset at Keihin industrial zone in Kawasaki, Japan, January 16, 2017. Photo by Reuters/Toru Hanai

Japan’s factory activity grew at the fastest pace in nearly four years in November, as output accelerated on loosening Covid-19 restrictions, defying pressure from the biggest jump in input prices in 13 years. Activity in the services sector also accelerated, expanding at the fastest pace in more than two years as economic conditions stabilized after a sharp decline in Covid-19 cases and deaths thanks to soaring vaccinations.

The au Jibun Bank Flash Japan Manufacturing Purchasing Managers’ Index (PMI) rose to a seasonally adjusted 54.2, its fastest pace of expansion since January 2018. The reading, which was lifted by a pickup in overall output and new orders, compared to a final 53.2 in the previous month. “Activity at Japanese private sector businesses rose for the second month running in November,” said Usamah Bhatti, economist at IHS Markit, which compiles the survey.

Manufacturers’ optimism for the year ahead eased slightly from the previous month, according to the survey, which also showed firms across sectors faced soaring price pressures. “Input prices across the private sector rose at the fastest pace for over 13 years with businesses attributing the rise to higher raw material, freight and staff costs amid shortages and deteriorating supplier performance,” Bhatti said.

The au Jibun Bank Flash Services PMI Index improved to a seasonally adjusted 52.1 from the previous month’s final of 50.7, putting it more firmly into expansion territory. The reading marked the fastest pace of growth since September 2019, which was just before a sales tax hike hit consumer confidence. The au Jibun Bank Flash Japan Composite PMI, which is calculated by using both manufacturing and services, rose to 52.5 from October’s final of 50.7.