“We have achieved our record profit, but it’s hard to be enthusiastic about the result…as major contribution comes from higher oil prices,” CEO Shunichi Kito told a news conference.

“We must expand our initiatives toward decarbonisation while providing the stable supply of energy without making any mistakes in the timeframe,” he said. 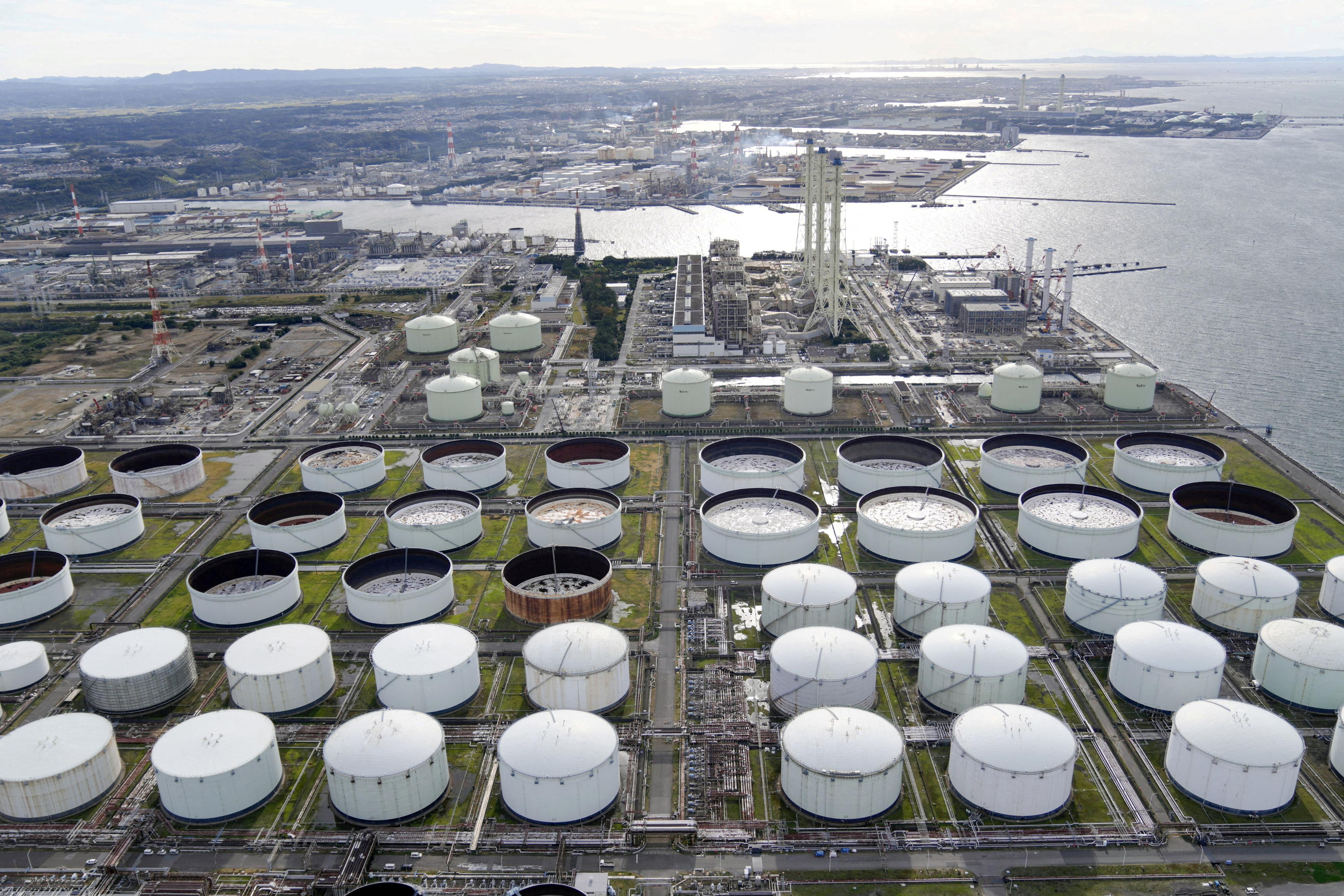 An aerial view shows an Idemitsu Kosan Co. oil facility in Ichihara, east of Tokyo, Japan November 12, 2021, in this photo taken by Kyodo

Idemitsu, which owns 35.1% stake in the Vietnam’s largest refinery, booked the valuation loss after assessing the collectability of long-term loans, it said.

NSRP in January and February cut production due to a funding problem, but the problem has been resolved through negotiations among sponsors and the refinery is currently operating at full capacity, Kito said.

NSRP’s run rate temporarily dropped in April due to a glitch at a residue fluid catalytic cracker (RFCC), he added.

“Petroleum product markets in Singapore have been hovering at high levels. We want to take this as an opportunity for NSRP to generate cash through solid operations, and to move the project quickly to financial completion,” Kito said.

For the year to March 2023, Idemitsu forecast its overall net profit would fall to 165 billion yen due to lower inventory gains.

Kito said the company, which had imported about 4% of its crude oil from Russia, will keep suspended its purchase of Russian crude due to the deepening Ukraine crisis and the recent agreement by the Group of Seven (G7) countries, including Japan, to phase out Russian oil imports.