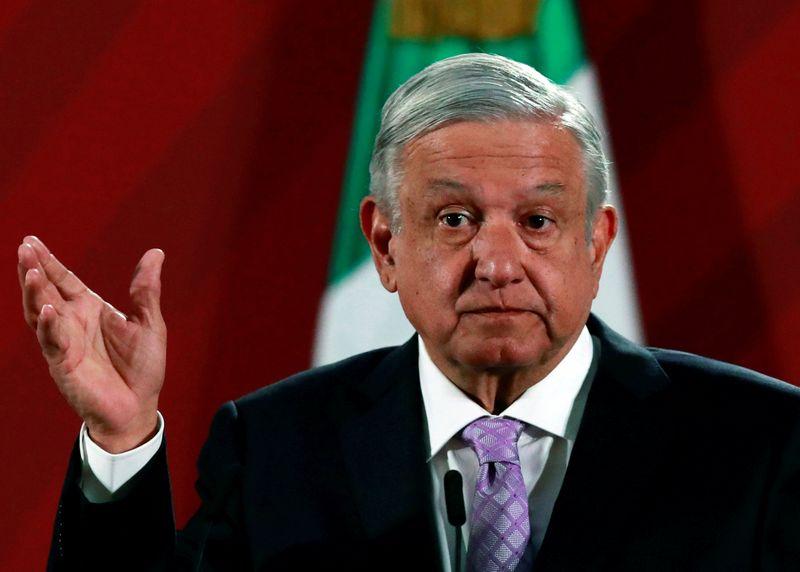 MEXICO CITY (Reuters) – Mexican President Andres Manuel Lopez Obrador said on Monday an ethane supply contract signed under the administration of one of his predecessors with a consortium backed by Brazilian company Odebrecht was unfair and should be canceled.

The contract, between state oil company Petroleos Mexicanos (Pemex) and the consortium made up of Odebrecht-controlled Braskem and Mexico’s Grupo Idesa, was agreed during the tenure of President Felipe Calderon, who governed from 2006-2012.

“That contract has to be canceled in my opinion because it’s unfair,” Lopez Obrador said at a news conference. “It has to be reviewed.”

In a lengthy response to questions from Reuters, Braskem Idesa rejected any wrongdoing and said its own investigations showed it had not participated in any illegal activity or corruption in Mexico.

“We trust that any dialogue with the authorities will take place within the framework of the rule of law and legality, an essential condition for investor confidence,” it said.

A hydrocarbon that comes from natural gas or is a byproduct of petroleum refining, ethane is used to manufacture ethylene, which is used to make the common plastic polyethylene at the Braskem Idesa plant known as Etileno XXI near the Gulf coast port of Coatzacoalcos.

Under the terms of the contract, which the company said was won fairly and approved by Mexican authorities, Pemex [PEMX.UL] has had to supply ethane at below current market prices.

Braskem Idesa said the price formula had “no preference or advantage” and was typical of long-term raw material contracts and consistent with prices Pemex charged in the 16 years before. Braskem Idesa said it had invested $5.2 billion in the plant.

Lopez Obrador, who has sought to discredit the governments of Calderon and his successor Enrique Pena Nieto, said in February that authorities were analyzing canceling the contract.

Pemex did not respond to a request for comment.