Back to the news list
MoIT proposes auctions for renewable energy

The Ministry of Industry and Trade (MoIT) has put forth a proposal to start auctioning solar and wind energy projects that did not complete the technical test phase prior to October 31, 2021.

Earlier, a number of renewable energy projects demanded the ministry to extend the October deadline, a prerequisite to qualify for feed-in tariff (FIT), which pays small renewable energy suppliers at an above-market price, citing numerous challenges during the pandemic and prolonged social distancing periods last year. 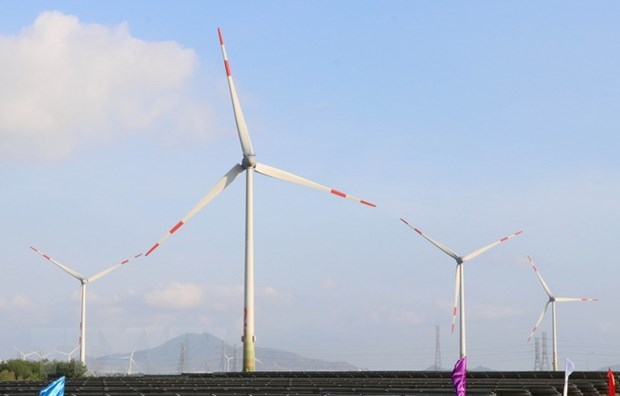 A wind farm in the central province of Ninh Thuan

According to a recent report by the ministry, renewable energy, mostly consisting of wind and solar, accounted for 26 percent of the country’s total output. Contractual obligations to purchase said output has created an unfair playground for other energy suppliers. In the long term, it may even have a negative impact on the country’s energy security.

According to EVN, by October 31 there were 84 wind farms that reached the commercial operation date with a total output of 3,980.27 MW.

Energy auctions are also known as “demand auctions” or “procurement auctions”, whereby the Government issues a call for tenders to install a certain capacity of renewable energy-based electricity. Project developers who participate in the auction submit a bid with a price per unit of electricity at which they are able to realize the project. The Government evaluates the offers on the basis of the price and other criteria and signs a power purchasing agreement with the successful bidder.

Since 2019, Vietnam has emerged as the leader in solar and wind electricity adoption in the ASEAN area. The country overtook Thailand and had the largest installed solar and wind capacity in 2019.