Neft Dashlari was built on giant drilling rigs, located about 55 km from the Caspian coast, in Baku – the capital of Azerbaijan. This is the first and oldest floating city in the world. 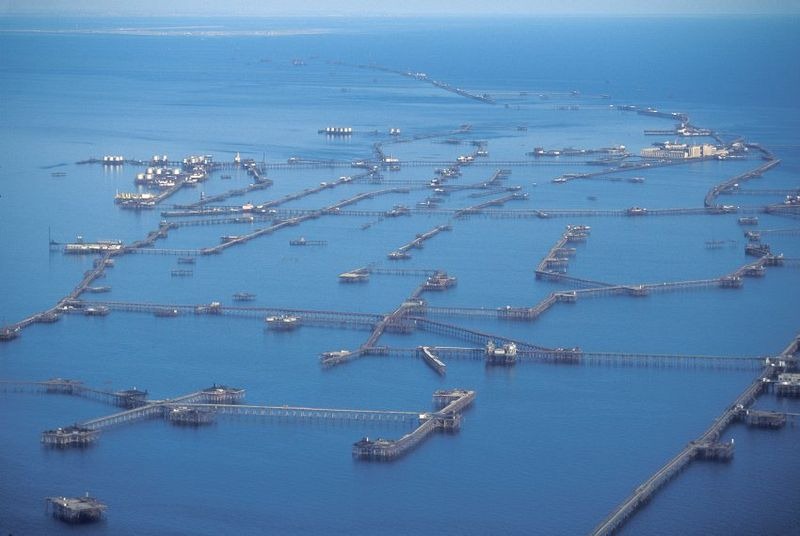 Neft Daslari was built in 1949 after engineers found a huge oil resource at a depth of 1,100 meters below the sea. 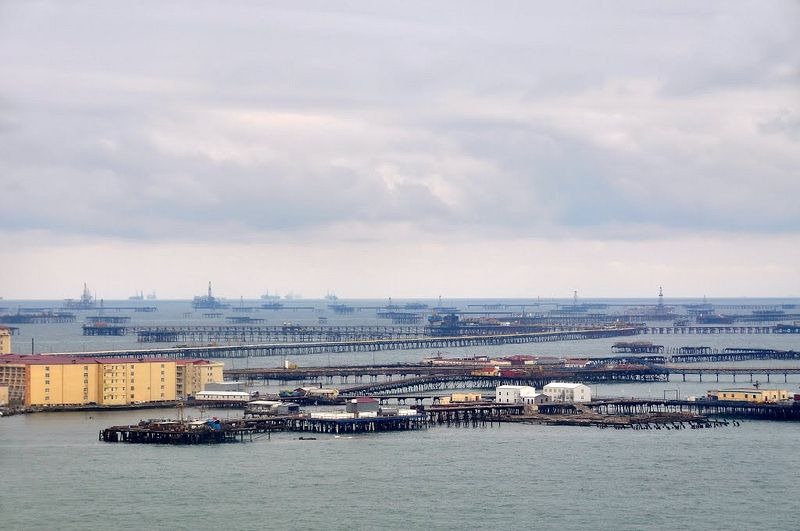 First, the area was just a 48-kilometer stretch of sterile belt of land facing the sea. But then, the Government decided to build a system to transfer oil from the sea. 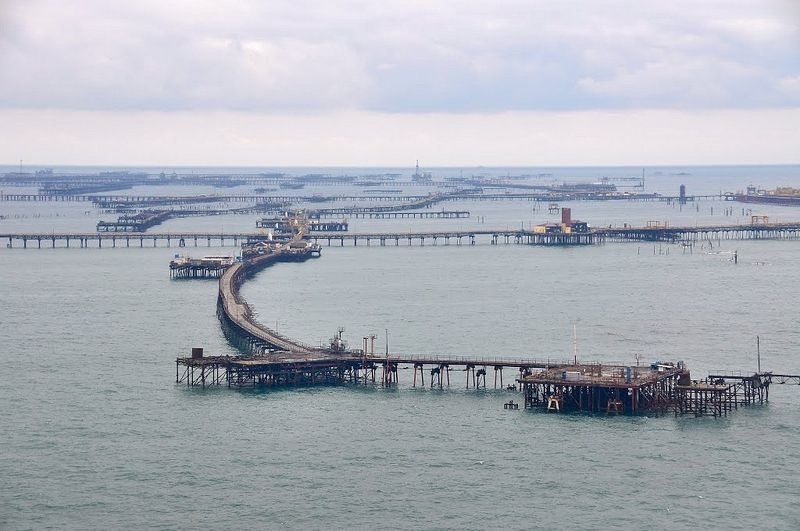 The foundation of the Neft Daslari is the seven sunk ships including the Zoroaster – the world’s first tanker. 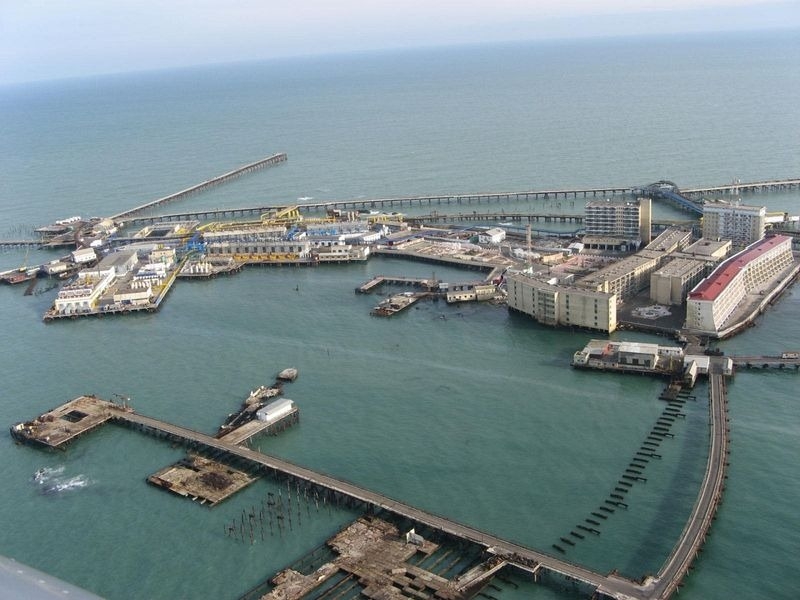 Over many decades, about 2,000 drilling rigs were set up around the oil wells forming a cramped network, spreading over a radius of 30 kilometers. 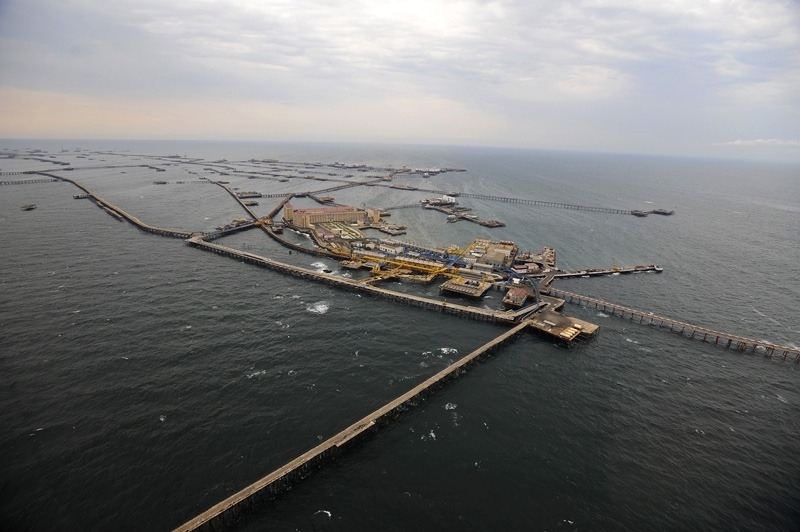 Since then, Neft Daslari has become the Azerbaijan’s first oil feeder station and the world’s first operational offshore oil rig. 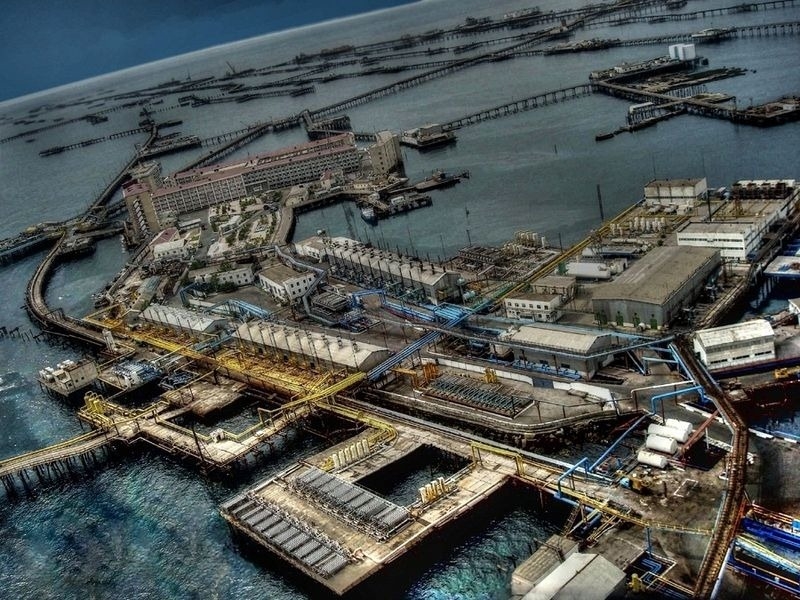 In 1951, Neft Dashlari was equipped with all necessary infrastructures and equipment for drilling and transporting oil. In 1952, the Government continued to expand the rig system and built special cranes and barges that could lift the weight up to 100 tons 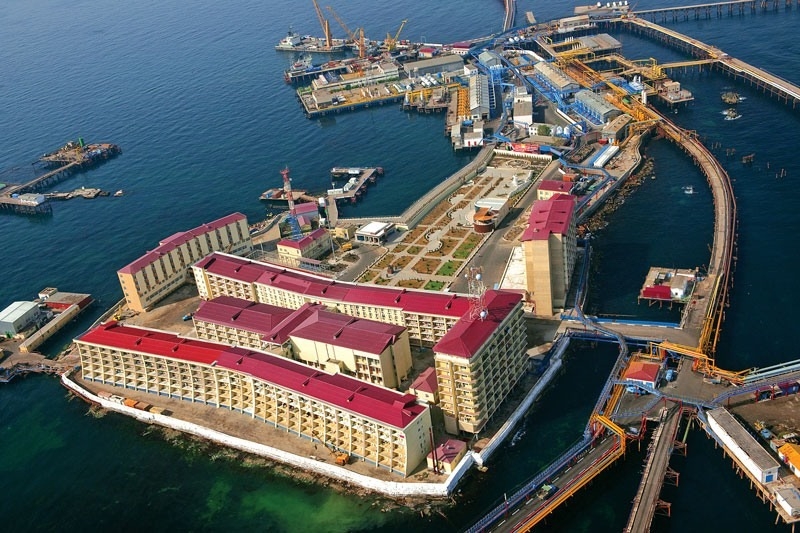 Large-scale construction works began in 1958 had settled the accommodation for the majority of residents living in the neighboring area. 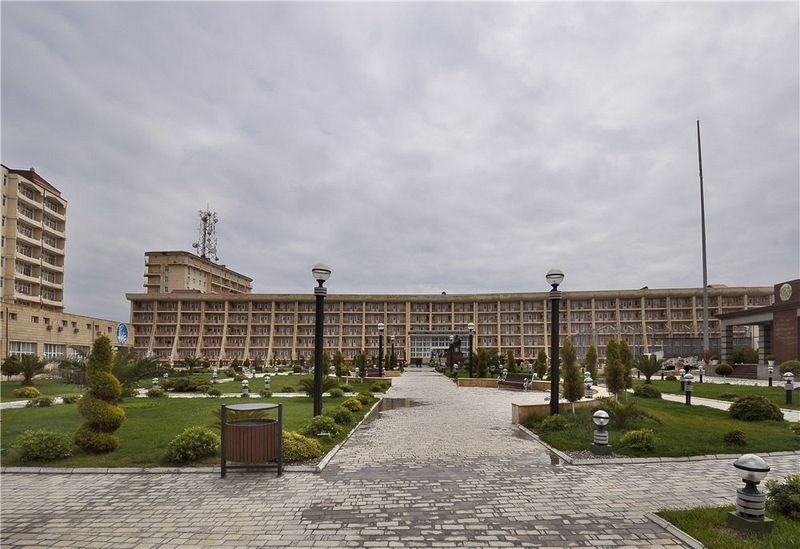 Neft Dashlari City rapidly expanded and became known as “Oil Rocks” city. At its heyday, Neft Dashlari was fully equipped to accommodate a population of up to 5,000 persons with all the amenities of a modern city: from an 8-storey apartment buildings to a 300-seat cinema, public baths, stadium, bakery, library, beverage shops, laundry shops and even a green park grown on land transported from the mainland to the sea. 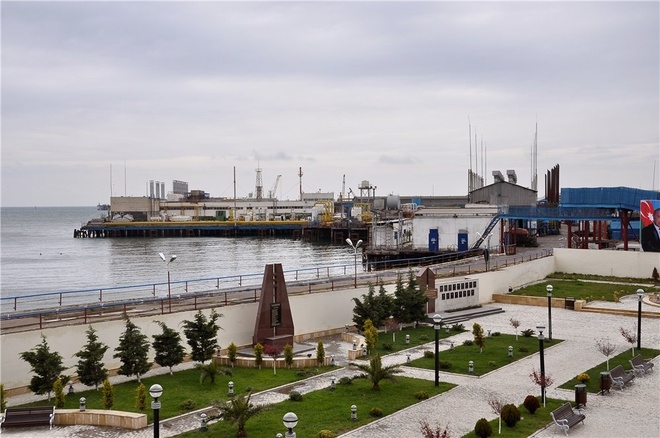 Residents began to combine growing up the vegetables and fruit trees in the city, and a water supply station was built. 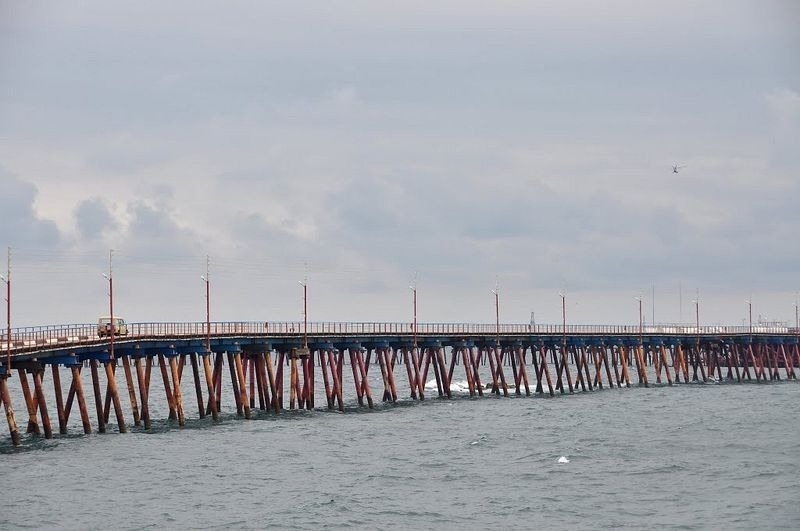 There are also steel trails for vehicle transporation. 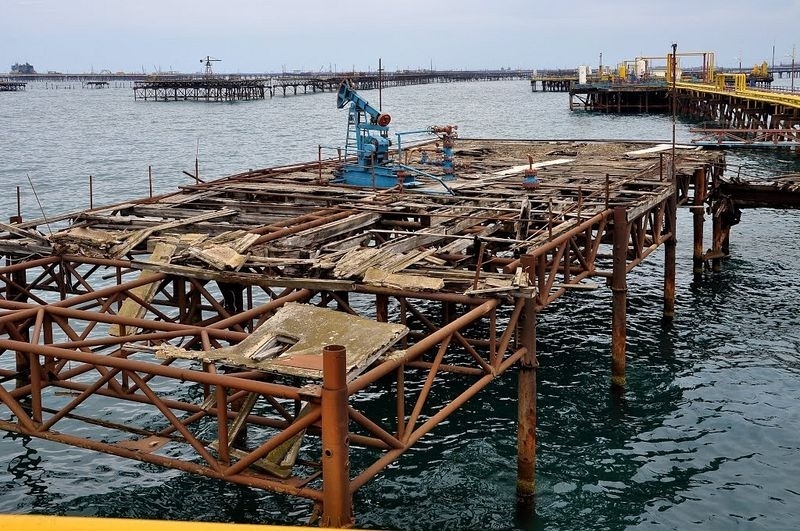 Today, the city is no longer what it used to be because of the collapse of the Soviet Union and the discovery of more oil fields elsewhere. The workforce has decreased significantly, many rigs are abandoned, many infrastructures are submerged by seawater, the rest are running in difficult condition and in need of repair. Only 45 out of a total of 300 km of roads are usable. 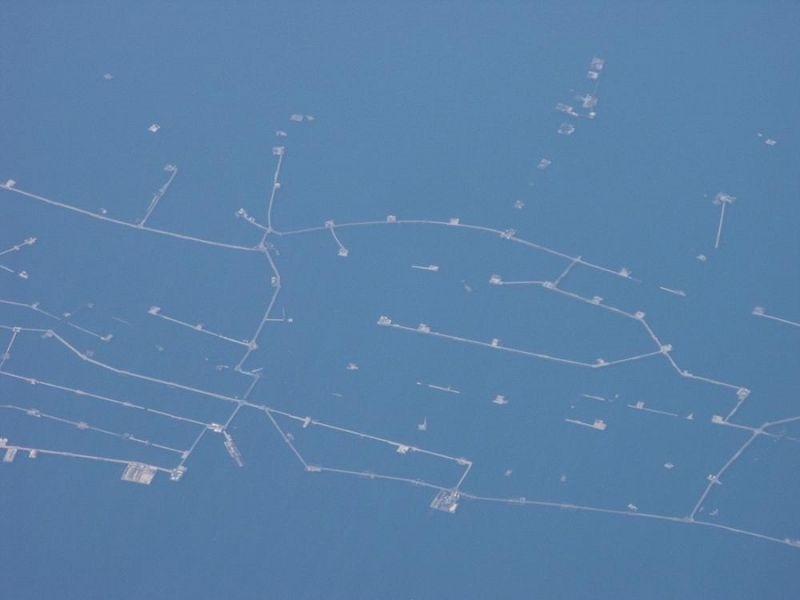 However, for the Azerbaijan Government, this place remains a proud and well-guarded secret. Neft Dashlari is still difficult for foreigners to approach. You can’t even zoom it in on Google Maps.