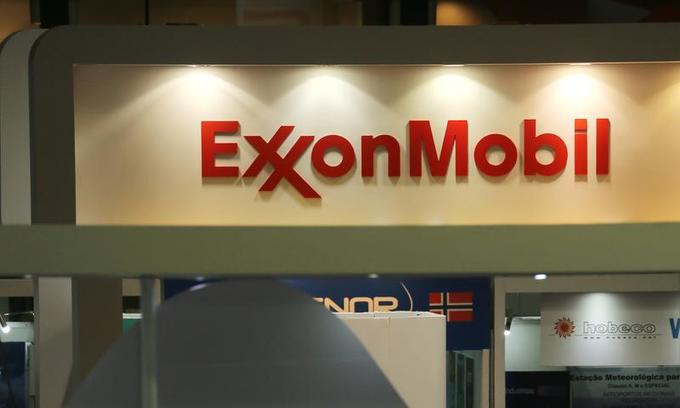 A logo of the Exxon Mobil Corp is seen at the Rio Oil and Gas Expo and Conference in Rio de Janeiro, Brazil September 24, 2018. Photo by Reuters/Sergio Moraes.

ExxonMobil faces renewed pressure from investors to change with the times and invest more in clean energy after a new activist investor firm is setting up a proxy fight nominating four independent directors to the oil supermajor’s board at next year’s meeting of shareholders.

Engine No. 1, which launched its business last week, immediately set to work to demand  that Exxon reinvent itself for “much-needed change.”

In a letter  sent to Exxon’s board on Monday, the activist investor firm said that while no company in the history of oil and gas has been more influential than ExxonMobil, “It is clear, however, that the industry and the world it operates in are changing and that ExxonMobil must change as well.”

The activist investor – which has the backing of California State Teachers’ Retirement System (CalSTRS), the second-largest U.S. pension fund and owner of over $300 million in value of Exxon stock – seeks greater long-term discipline in capital allocation, as well as a sustainable plan for value creation in the changing world.

“Change will not come overnight, but ExxonMobil should fully explore ways to leverage its scale and expertise in delivering energy by exploring growth areas, including more significant investment in net-zero emissions energy sources and clean energy infrastructure, under the guidance of a special committee of the Board with relevant experience created for this purpose,” Engine No. 1 said in its letter.

To effect that change, the activist investor plans to nominate four independent director candidates in connection with the 2021 Annual Meeting of Shareholders, including candidates with experience in clean energy.

“It is time to demand change at ExxonMobil. CalSTRS’ stewardship activities date back over 30 years and reflect our focus on influencing long-term value creation. We intend to use our vote as an active shareholder to support Engine No. 1’s slate of directors because a change at the top is necessary to reposition this Company to be successful for the long-term,” said Christopher Ailman, Chief Investment Officer of CalSTRS.

Over the past year, Exxon has drawn criticism from its investors, including the Church Commissioners for England and BlackRock, over what investors see as a lack of climate action and transparency in emissions reporting and oil price assumptions.

Last month, The Wall Street Journal reported that ExxonMobil had significantly lowered its expectations  about oil prices for the next seven years. Exxon, unlike its peers in Europe, does not publicly disclose its internal assumptions about oil prices.

Both Exxon and the other U.S. supermajor, Chevron, continue to see their in-house oil price forecasts as proprietary information, despite increased shareholder pressure to report that information to give shareholders insights into the price assumptions on which they base their investment decisions.