Back to the news list
Offshore wind projects increase significantly in 2021, Fitch says 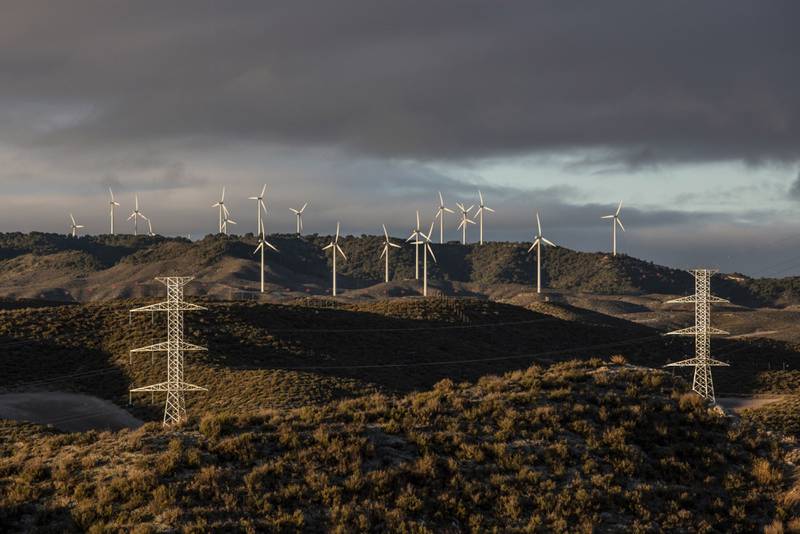 Wind turbines in Spain. Europe has the highest volume of capacity at 190 gigawatts. Bloomberg

The world’s wind project pipeline increased significantly between the second and fourth quarters of this year as efforts to mitigate climate change continued to drive the adoption of renewables, according to a report by Fitch Solutions.

The pipeline of wind projects rose sharply to 423 gigawatts, from 320 gigawatts in the second quarter, with Europe having the highest volume of capacity at 190 gigawatts. “This highlights the advanced nature of these markets’ ambitions to bring on more renewable capacity amid reductions in fossil fuels,” Fitch said.

Non-hydropower-based renewables – which refers largely to wind and solar power – will account for 72 per cent of global capacity growth between 2020 and 2030, as countries strive to rapidly decarbonize their power systems, according to a separate report by Fitch Solutions in August.

The value of the offshore sector also outweighs the onshore space with a total known value of $304bn compared to $137bn, according to the report. “However, we highlight that this only reflects the value for 806 projects against our 1,316 in the pipeline,” it said. “This is also due to the under reported nature of many smaller onshore project developments. Growth in the wind pipeline between the second quarter of 2021 and the fourth quarter of 2021 is also driven by a sharp increase in the offshore sector.” The North America and Western Europe regions are set to lead the growth in the wind project pipeline.

In the US, offshore wind power accounts for 11.5 gigawatts of capacity that is scheduled to come online by the end of this year. This comes as President Joe Biden’s administration committed to adding about 30 gigawatts of offshore wind capacity in the US by 2030.

Asia also has a vast pipeline that is set to become operational, with about 332 gigawatts of capacity coming online in China over the next decade, Fitch said. “We also see an acceleration of offshore wind projects in new markets in Asia and, to a lesser extent, Central and Eastern Europe and Latin America. This is being driven by the technology costs decline and maturing of global supply chains and manufacturing,” the report said.