Back to the news list
Oil and gas prices today August 27th: Lost the increasing momentum

Tensions between the US and China “heating up” again stopped the rise of gasoline prices today, despite the disruption of oil supplies from the US. 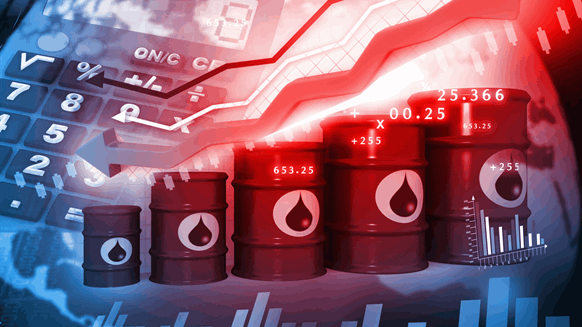 Oil prices on August 27th tended to decrease amid increasing concerns of a recession and a large-scale economic crisis.

The State Department and the US Department of Commerce announced on August 26th that they would impose sanctions and restrictions on 24 Chinese companies and individuals ” involved in illegal construction of artificial islands in the South China Sea”.

The above news raised concerns that the two largest economies in the world will continue to make new moves in many fields, including the economy. A new trade war, if it breaks out at this time, is warned by experts, it will be a “knock out” to the economic recovery effort after the Covid-19 pandemic, which can push the global economy into a state of recession and crisis. This means that the problem of improving the demand for crude oil in the market is facing a huge challenge, possibly even worse in the coming time.

However, oil price on August 27th was also supported by the disruption of crude oil supply from the US.

Producers have suspended operations of more than 310 offshore oil facilities and cut production by 1.56 million barrels a day, or 84% of production off the Gulf of Mexico, before the development of Laura Hurricane.

Oil prices today are also under pressure to reduce prices because the evolution of the Covid-19 epidemic continues to increase in many countries, making economic activities still in a state of “indifferent level”.