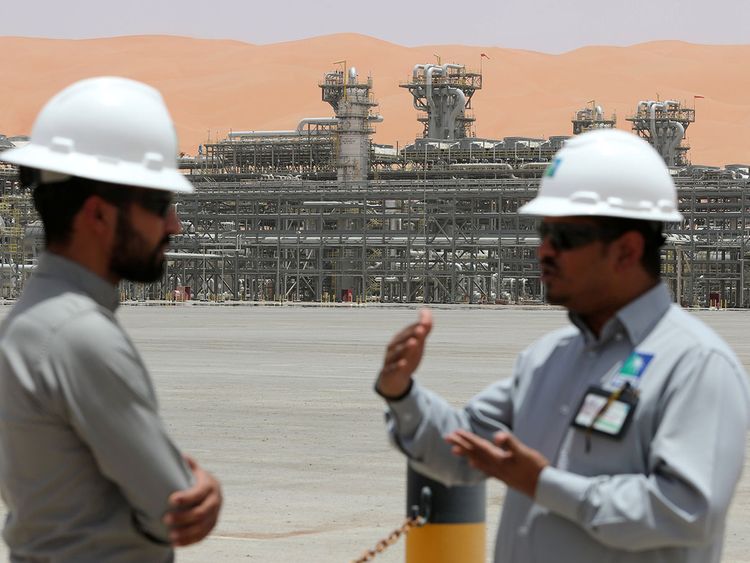 New York/London: Oil in London fell for the first week in two months as signals of a patchy demand rebound across the globe and a stronger dollar held back a crude’s rally.
Global benchmark Brent futures fell 0.6% on Friday. West Texas Intermediate also edged lower, posting its first weekly decline in three weeks. A fresh bout of bond volatility spurred a risk-off mood across markets, with U.S. equities declining and the dollar strengthening. Meanwhile, Indian fuel sales dipped in February amid higher pump prices, but demand has been climbing in the U.S. and the U.K.
“There was this bullish demand scenario out of Asia, in particular India, but that may be plateauing,” said John Kilduff, a partner at Again Capital LLC. Still, prices “are supported overall, with the OPEC+ disposition to hold back supplies.”

The global Brent benchmark started this week with a push above $70 after attacks on Saudi Arabia’s oil infrastructure, before retreating. The market is facing opposing forces from OPEC+ holding output steady and higher prices potentially encouraging a surge in U.S. shale production.
“Going forward into April and May, we’re going to see pretty significant increases in demand,” said Bart Melek, head of commodity strategy at TD Securities. “At this point, however, prices are a little overdone. The market is assuming a little too much in terms of what OPEC+ will do.”
The availability of crude, meanwhile, remains tight due to the OPEC+ curbs. Some refiners in Europe and Asia will get less crude than they asked for next month from Saudi Arabia as the producer extends its unilateral output cuts. Three processors will receive almost 20% less supply than requested.
Meanwhile, the refining margin for gasoline surged above $24 a barrel for the first time since June 2018 on a settlement basis, with the exception of April when crude prices plunged below zero. The combination of steep gasoline supply declines following refinery outages from the U.S. deep freeze and signs of demand starting to pick up are adding to a tight fuel supply picture heading into the northern hemisphere’s summer.
OPEC on Thursday sounded a note of caution on the outlook, trimming its forecasts for the amount of crude it will need to pump over the next two quarters. All eyes will be on next week’s International Energy Agency demand forecasts. Investors will also be watching for clues on the health of the U.S.-China relationship following a high-level meeting set for March 18-19 in Alaska.