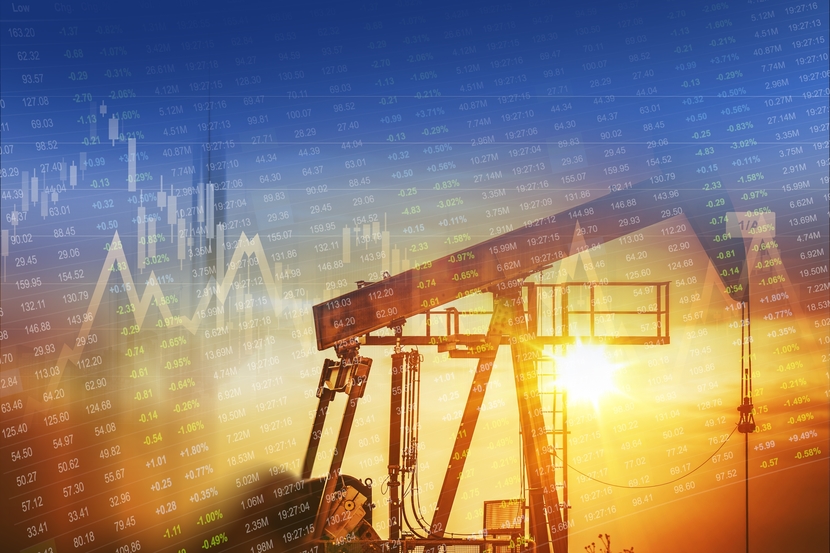 Even though the pandemic is not yet slowing down, oil prices have good reasons to start the week with gains, as traders capitalize on a bullish cocktail of news on Monday morning.

In the US, newly inaugurated President Biden seems to be pushing for a quick approval of his proposed 1.9 trillion-dollar pandemic relief package, a development interpreted by the market as a clear indication that the new US administration aims to kick-start an economic recovery, which will naturally benefit fuel consumption.

Even if the distribution and application of Covid-19 vaccines is target number one in the US, President Biden is making clear that the economy needs a cash injection as well, as the US has not yet recovered in a way similar to its eastern foe China.

For the market, political will to accelerate a recovery in the US is a positive indication that oil demand will see brighter days in the country, especially amid the ongoing recovery in its own drilling activity.

Bullish news are also coming from the OPEC front. Even though in its last meeting the group formed a clear way forward that provided some predictability for its oil output at least until March, the market seems to get an extra treat from Iraq.

Iraq, amazingly for fellow members that had nearly lost hope on its compliance, promised to reduce its oil production in January and February, to compensate for exceeded quota in 2020.

Essentially that means that Iraq will cut about 250,000 bpd of its December production, a significant amount that will drive its total output to about 3.6 million bpd, the lowest in years.

Markets can only benefit from more production curtailments as bearish signals are coming from the demand front, with Covid-19 infections continuing to expand globally and refinery maintenance season coming ahead.

Do note here that with all that oil production been cut from OPEC+, when the alliance will finally decide it is time to bring back its oil machine to full speed, the market may be in a for a big shock. For traders expect that this moment is still several months away though.

Another reason the market is up today, and a development that always benefits prices, is the market turbulence that conflicts create, with the latest coming from Indonesia.

Indonesia seized Panama and Iran-flagged oil tankers in its waters and this unusual event has created some uncertainty about the stability of eastern oil routes, as the country is a pathway for oil tankers to reach demand-heavy markets such as China, Japan and South Korea.

Although it definitely seems like a day that signs are clearly bullish for oil, we warn for caution. Covid-19 infections and with them restrictions are increasing in China. Meanwhile Europe only seems to get tighter and tighter and we expect to see consequences in road fuel consumption.

It is not really evident in prices that the market has yet realized how much fewer road fuel is being used compared to normal seasonal consumption as a result of the new strict lockdowns and restrictions.

Below is Rystad Energy’s take on the 60-day freeze that the Biden administration imposed to drilling permits and leasing on federal land, by our Head of Shale Research Artem Abramov:

Most market participants expect the federal government to use the next two months to review and approve new policies with respect to future US oil & gas activities on federal land.

While we expect Gulf of Mexico oil & gas activity to get a more nuanced regulatory treatment, an actual complete ban on US onshore federal acreage is now closer to reality than ever before.

While it is true that in New Mexico some of the most commercial tight oil locations globally are in federal acreage, equally commercial opportunities are available in adjacent private and state leases in the state.

Most operators can maintain Tier 1 activity at the current pace in Delaware New Mexico for more than 10 years even without any new federal acreage permits.

Moreover, dedicated E&Ps fast tracked the permitting process on Delaware’s federal acreage in the last few quarters and can maintain activity levels at the current pace with the approved inventory alone over the next three years, even if operations recover to the 2019-2020 average, which is somewhat higher than the current activity run rate.

Hence, one should not see any implications of the latest ban on oil production from New Mexico in the medium-term.

Horizontal new drilling permit activity in Delaware New Mexico remained robust in 2020 and we saw around 150 or more new federal permits approved through most months of 2020 – a higher average level than 2019.

Federal acreage accounted for up to 80% of total permit activity in the region in some months last year.

Horizontal drilling in Delaware New Mexico currently averages at around 75 for all land ownership types and 50 for federal acreage only. Clearly, operators were building a permit inventory at a much higher pace than that of permits getting converted into actual wells.

Even if we exclude the pre-2018 permits, some of them are still active and not drilled, EOG and Devon accumulated around 600 and 530 horizontal federal permits in New Mexico, respectively, which are yet to be drilled.

This corresponds to a drilling inventory of 2.5 years, at the average 2019-2020 pace for EOG, and 1.5 years for Devon.
In practice, however, as the current run rate of drilling is lower than the average for 2019-2020 and some pre-2018 permits should still be viewed as active, most key operators in the area would be able to maintain their current federal land activity for two to four years.

The increasing likelihood of a permit ban on federal acreage comes at a time when preliminary well production data for November suggests another month of sequential volume increases.

Driven predominantly by the two largest producers, again EOG and Devon, the state’s output increased by at least 24,000 bpd between October and November.

Yet if we take into account the reporting delays for recent fracs, the actual magnitude of the monthly addition is estimated in the 40,000 to 50,000 bpd range.

This means that New Mexico became the first major crude producing state in the country where oil output had already fully recovered to the pre-Covid record in the fourth quarter of last year.