Back to the news list
Oil rallies ahead of OPEC+ meeting

Oil prices climbed on Friday on expectations that OPEC+ will discuss output cuts at a meeting on Sept. 5, though concern over China’s COVID-19 curbs and weakness in the global economy continued to limit gains. 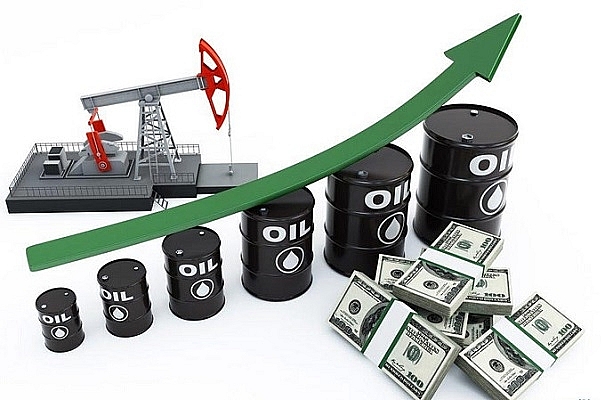 Oil rallies ahead of OPEC+ meeting

Both benchmarks slid 3% to two-week lows in the previous session. Brent was on course for a weekly drop of nearly 7%, and WTI of about 5%.

The Organization of the Petroleum Exporting Countries (OPEC) and allies led by Russia – a group known as OPEC+ – are due to meet on Sept. 5 against a backdrop of expected demand declines, though top producer Saudi Arabia says supply remains tight.

“Oil prices are higher today after falling close to their summer lows over the course of the week. The rebound comes as nuclear talks between Iran and the U.S. appear to have stalled,” said Craig Erlam, senior market analyst at OANDA.

“A deal has been a big downside risk for oil prices recently; something Saudi Arabia sought to counter with warnings of production cuts from the alliance.”

OPEC+ this week revised market balances for this year and now sees demand lagging supply by 400,000 barrels per day (bpd), against 900,000 bpd forecast previously. The producer group expects a market deficit of 300,000 bpd in its base case for 2023.

G7 finance ministers agreed on Friday to impose a price cap on Russian oil, but provided few new details to the plan aimed at curbing revenue for Moscow’s war in Ukraine while keeping crude flowing to avoid price spikes.

Meanwhile, investors remain worried about the impact of the latest COVID-19 restrictions in China. The city of Chengdu on Thursday ordered a lockdown that has hit manufacturers such as Volvo.

Data showed Chinese factory activity in August contracted for the first time in three months in the face of weakening demand, while power shortages and COVID-19 outbreaks also disrupted output.