Back to the news list
PetroVietnam explores oil and gas reserves

HÀ NỘI — The Vietnam Oil and Gas Group (PetroVietnam) has announced that its exploration of the Kèn Bầu-2X well, located in the Red River basin offshore of Việt Nam’s northern continental shelf, helped the firm increase oil and gas reserves in 2020 ahead of schedule.

Eni Vietnam B.V. – the operator of the project – and its partner ESSAR E&P each holds 50 per cent of the exploitation contract. 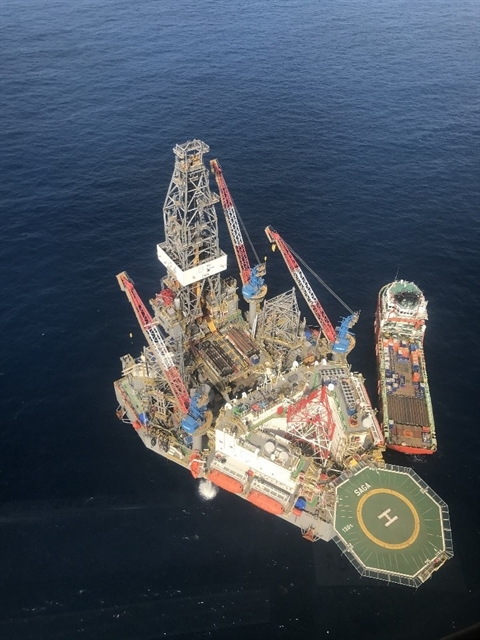 Exploration findings at Kèn Bầu-2X in 2020 and Kèn Bầu-1X in 2019 affirmed the existence of oil and gas reserves in the areas and adjacent blocks.

Eni and ESSAR E&P are building an overall appraisal plan for exploiting oil and gas in the area and drilling for exploration at similar structures in the block.

It will prepare a reserve and mine development reports and it is expected that Kèn Bầu-1X and 2X will be put into exploitation from 2028.

PetroVietnam said this is a crucial premise for exploration activities as well as further exploitation in the surrounding areas, contributing strongly to promoting the gas power industry and gas products in the central region.

It is also expected to contribute to ensure national energy security and promote the sustainable development of Việt Nam’s oil and gas sector in the future.

Eni is an integrated energy company engaged in oil and natural gas exploration, field development and production, and the supply, trading, and shipping of natural gas, LNG, electricity, and fuel. It has been present in Việt Nam since 2013 and currently operates four blocks, all located in the underexplored Sông Hồng (Red River) basin and the Phú Khánh basin which is located off central Việt Nam. — VNS