On the evening of 10th January 2020, in Ho Chi Minh city, Vietnam National Oil and Gas Group (Petrovietnam) held an annual meeting with the contractors, operators and foreign partners of Petrovietnam.

At the meeting, President and CEO Le Manh Hung announced the results of production and business activities in 2019 of Petrovietnam, shared the targets of the coming year, and sent deep gratitude to the partners who have joined hands with Petrovietnam to obtain certain achievements in 2019. 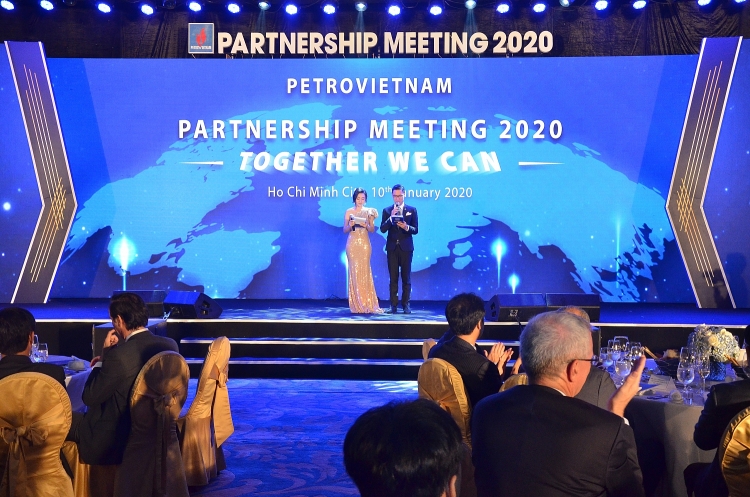 Overview of the meeting

In recent years, Petrovietnam has actively integrated and gradually expanded international cooperation with the partners from Russian Federation, US, Japan, and South Korea… partners in ASEAN, the Middle East. Especially in 2020, Vietnam and the Russian Federation are actively organizing many activities for the Vietnam Year in Russia and the Russian Year in Vietnam on the occasion of the 25th anniversary signature of the Treaty on the principles of Vietnam-Russia friendship and 70 years of establishing diplomatic relations. 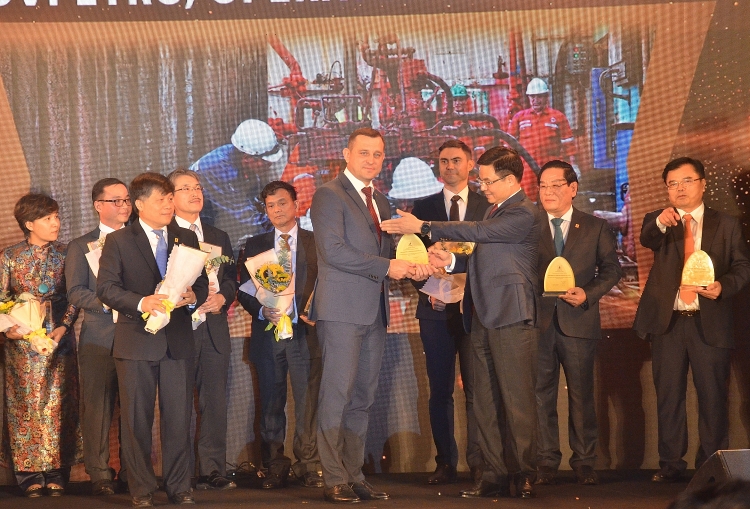 In the past year, Petrovietnam have achieved independent credit rating by Fitch Ratings at BB+. This reflects that Petrovietnam’s goal of innovating and improving the financial management integrated with business activities is timely, practical and effective. Basically, all member units of the Group have fulfilled and over-fulfilled the set targets. Some units have fulfilled 1-2 months ahead of schedule.

Petrovietnam leaders congratulated and awarded medals to contractors, partners and units with outstanding achievements in 2019

Petrovietnam has also maintained its position in the top 500 list of Vietnam’s most profitable enterprises in 2019 by Vietnam Report. In addition, many units consistently rank high in the awards, honoring of production capacity, executive management, creativity and environmental protection. Representatives of foreign partners spoke at the meeting

On this occasion, Petrovietnam also presented flowers and medals to many contractors, operators, oil and gas partners and member units with outstanding achievements in operating and managing oil and gas activities in 2019.