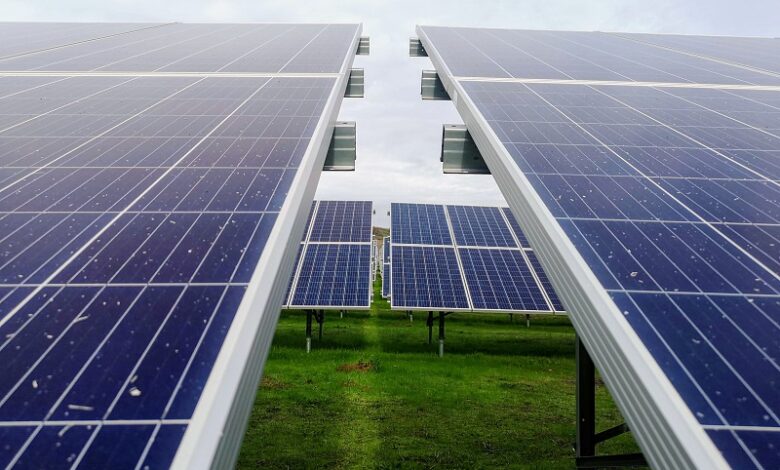 New Delhi: The solar power sector in India has received substantial attention from stakeholders from around the world along with an excellent growth pace in terms of capacity addition and fall in tariff. What is also encouraging is that this sector is still getting substantial attention with focus not being concentrated only on generation of solar power or reducing tariff but also on development of all round capabilities in the solar power supply chain within India. The Indian Government is now looking at domestically and internationally to utilise the full potential of solar energy. The imposition of safeguard duty on import of solar cells / modules in 2018 and now the proposed imposition of basic customs duty on import of solar equipment are with an intent of developing local capabilities, i.e. making an “Atmanirbhar Bharat“. In contrast to this localisation, the Indian Government is deliberating with the idea of One Sun One World One Grid (OSOWOG) which has quite an ambitious objective and focuses on flow of green energy across nations through one grid. If the Government is to develop this concept seriously, then it will require require reforms in the regulatory framework governing the electricity sector.
On the international landscape, the concept of OSOWOG intends to tap the global solar energy potential for the benefit of all nations and requires an international electricity grid to allow inter-country free flow of power. To achieve this, the OSOWOG will require certain changes in the regulatory framework especially in two areas – grid security for the Indian grid and development of appropriate international energy exchange. The grid has to be a “smart grid” in order to obtain highest efficiencies given the constraints of transmission of solar power, i.e. transmission losses. In 2018, the draft amendment to the Electricity Act, 2003 contained a definition of smart grid which provided for improving the efficiency, reliability, economics, and sustainability of generation, transmission, and distribution. It also proposed for vesting the Central Electricity Authority with powers to frame regulations to provide measures / standards for smart grid. Surprisingly, smart grid has not found its way in the recent proposed amendment to the Electricity Act (April 2020). Further, international transmission of power means exposing the Indian grid, even if to a limited extent, to grid imbalances, and safety and security which can be addressed by the smart grid. Similarly, to help the transmission of power across countries, which is a key aspect of OSOWOG, it may be a good time to revive the renewable energy certificates (RECs) and their trade over power exchanges such that the pressure is not completely on the transmission networks as RECs reduce open access requirement. Further, several other regulatory changes like developing parameters to compare tariff of power generated by various countries, empowering state regulators to accept such power etc. will be required. The Indian Government must consider the legal and regulatory aspects to evaluate the changes required if the concept of OSOWOG is to be given serious consideration.
On the domestic front, there is also a serious push being given to the development of supply chains for solar power generation. The Indian Government has already imposed safeguard duty on import of solar cells / modules (including such imports from China and Malaysia) and now intends to impose basic customs duty on the import of solar equipment which will increase from 20% to 40% over a period of time. The intent of this imposition is to increase the cost of imported products making Indian products comparable, if not cheaper. From contractual and regulatory perspective, such impositions do not harm the growth of solar capacity in India as any such impositions are a pass through in tariff for projects which have already been awarded or for which bids have been submitted. However, the regulatory process of making and receiving such claim needs to be supportive, instead of being inimical. For example, there are several cases today where the regulator has granted relief but the distribution licensees have been delaying payments. This initiative has to keep sight of the existing under construction and operational projects such that they are not negatively affected and appropriate changes should be made in the regulatory framework.