The PetroVietnam Exploration Production Corporation (PVEP) has fulfilled its yearly profit target for 2022 by the end of the first quarter of the year, earning an estimated 5,892 billion VND (nearly 258 million USD) in pre-tax profit, up 117 percent year-on-year and surpassing the yearly plan by 2 percent. 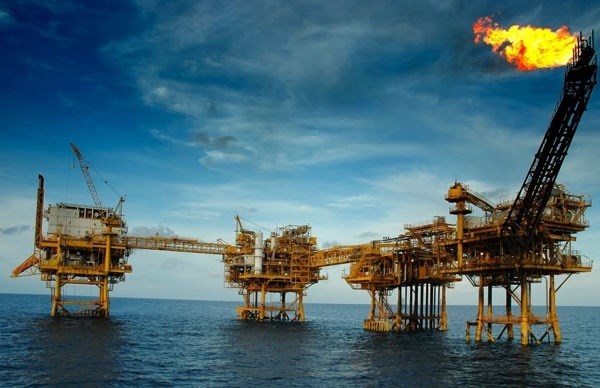 The corporation pumped 950,000 tons of oil equivalent in the period, exceeding the quarter’s plan by 16 percent. The volume included 620,000 tons of oil and condensate and 324 million cu.m of gas, 5 percent and 48 percent, respectively, higher than the quarterly plan.

Thanks to high oil prices in the world market and rising oil output, PVEP’s revenue in the first quarter topped 11.23 trillion VND (491.7 million USD), 70 percent higher than the plan and up 66 percent from the same period last year. The company contributed more than 4.17 trillion VND to the State budget. Since the start of the year, the company has built a specific plan to realize set targets and ensure safety in operations.

PVEP is keeping a close eye on field development activities alongside current projects. It also works with partners to bolster oil field management and exploration, and rolls out measures to increase the recovery factor of crude oil.