Speaking at the seminar, Mr. Dang Hoang An, MOIT Deputy Minister said: The Vietnamese government always pays attention to and sets the goal of electricity development to be one step ahead to meet the requirements of socio-economic development and to ensure national security, defense, and energy security of the country, to meet the daily-life electricity needs, of the people. With that interest, Vietnam’s national power system has now made great progress. By the end of 2021, Vietnam’s total installed capacity of power plants reached over 78,120 MW, the national power system already has the capacity margins (although these margins are not equal for all regions). 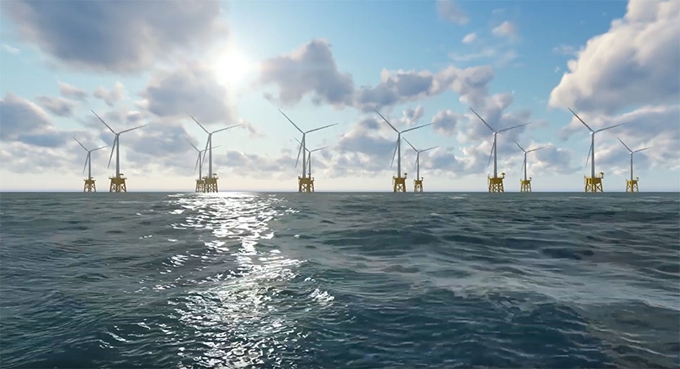 Vietnam which country with very high potential for wind power.

In the context that the potential of the large hydropower plants has been basically exploited, coal-fired thermal power plants face difficulties, and LNG thermal power plants are still expensive and highly dependent on the world market… Deputy Minister Dang Hoang An considered the need to promote exploiting, maximally and effectively use domestic renewable energy projects for gradually increasing the electricity from renewable energy in national energy production and consumption and reducing dependence on fossil energy sources. At the same time, improving the structure of the energy industry, ensuring energy security, mitigating climate change, and speeding up environmental protection and sustainable socio-economic development.

Since 2015, the Government of Vietnam made a green development strategy with measures to further increase electricity from renewable energy.

Specifically, the Government issued Decision No. 2068/QD-TTG dated November 25, 2015, approving Vietnam’s renewable energy development strategy to 2030, with a vision for 2050 (Renewable energy strategy) with a clear objective: To increase the proportion of electricity from renewable energy in the total national electricity production from about 35% in 2015 to about 38% in 2020; to reach about 32% by 2030 and about 43% by 2050 and the Government also issued many incentive mechanisms for developing wind, biomass, solid waste, and solar power projects.

As a result, by the end of 2021, the total capacity of renewable energy projects (excluding hydropower projects) reached 27% of the total power system capacity.

AS a key unit to implement the energy task development to 2030, MOIT is presiding over the Power Development Planning VIII (PDP VIII) and General National Energy Planning for a period of 2021- 2030 with a vision up to 2050.

The main contents of these Planning projects are not to develop coal power plants after 2030 and to convert coal to cleaner fuel and to develop LNG power plants with suitable fuel supply.

Realizing the off-shore wind power projects with a capacity of 7,000 MW by 2030 is a big challenge:

However, due to the technic and technological complexity nature, investment process, procedure, and scale, realizing the capacity up to 7,000 MW by 2030 is really a big challenge.

In addition, Mr. Pham Nguyen Hung, Deputy Director of the Department of Electricity and Renewable Energy supplemented a bottleneck in developing offshore wind power projects as a lack of marine spatial planning.

The offshore wind power projects, besides from a large investment still relate to oil and gas, fishery and marine industries, and national defense and security. The investment process of the off-shore wind power project is very different from the investment process of the on-shore project as the marine management scope of fewer than 6 miles belongs to the provincial level, but over 6 miles belongs to a higher level.

Sharing experiences at the workshop, Norwegian Ambassador to Vietnam Grete Lochen said: that Norway has a lot of experience in installing offshore oil and gas projects. All these experiences and technologies can be effectively applied in the offshore wind industry supporting Vietnam’s energy transition.