It involves an investment of SAR700bn, with the minister of energy adding that the initiative will not have an adverse economic impact on oil exporters. 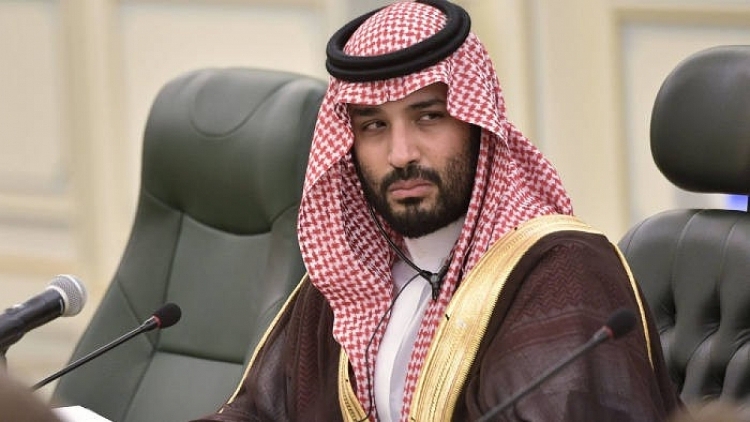 The announcement was made as part of the Crown Prince’s opening remarks at the inaugural edition of the annual forum of the Saudi Green Initiative (SGI) in Riyadh on Saturday.

Mohammed bin Salman who is also the chairman of the Supreme Committee for Green Saudi Arabia announced the launch of the first package of qualitative initiatives to set a roadmap for protecting the environment and confronting climate change.

This first package of initiatives represents investments worth more than SAR700bn, which contributes to developing the green economy, creating job opportunities and providing significant investment opportunities for the private sector in accordance with the country’s Vision 2030.

He pointed out that the country has launched initiatives in the energy sector designed to reduce carbon emissions by 278 million tons annually by 2030, thus voluntarily more than doubling the targeted emissions reduction.

He confirmed the start of the first phase of afforestation initiatives by planting more than 450 million trees, in addition to rehabilitating eight million hectares of degraded lands, and allocating new protected areas, bringing the total protected areas in the Kingdom to more than 20 per cent of its total area. The Crown Prince stressed his determination to transform Riyadh into one of the most sustainable cities in the world.

In addition, he stated the kingdom’s intention to join the Global Oceans Alliance, the Alliance to Eliminate Plastic Wastes in Oceans and Beaches, the Sports for Climate Action Agreement, in addition to establishing a global center for sustainable tourism, and a non-profit foundation to explore the seas and oceans.

Meanwhile, Prince Abdulaziz bin Salman bin Abdulaziz, Minister of Energy, also announced that the kingdom’s goal is to reach net zero carbon emissions by 2060 will not have an adverse financial or economic impact on oil exporters.

In the first dialogue session of the Saudi Green Initiative (SGI) Forum titled “A New Phase in the Kingdom’s Transformation”, the minister highlighted the kingdom’s efforts to make the share of gas and renewable energy in the energy mix 50 per cent for each of them by 2030, indicating that shale gas in the kingdom will contribute in providing 50 per cent of energy, while the remainder comes from renewable sources, and adding that this balance will reduce carbon emissions.

The country will join the Global Methane Pledge, which aims to reduce methane emissions globally by 30 per cent compared to the level of emissions in 2020.

He also indicated that Saudi Arabia has energy efficiency programmes and has so far reduced 48 million tons of carbon emissions annually, in addition to plans to reduce an additional nine million tons by focusing on three sectors: industry, transportation and construction as they represent 90 per cent of the country’s energy consumption.

Saudi Aramco president and CEO Amin Hassan Al-Nasser meanwhile participated in another session at the SGI titled “The Challenge of Energy Transition from Major Oil to Major Renewable Energy” alongside Patrick Pouyanné, chairman and CEO of the French Total company. Al-Nasser said that in addition to developing innovative technologies for converting crude oil into chemical products, establishing new relationships within supply chains, expanding its petrochemical activity based on innovation, selling energy assets, and investing in hydrogen fuel production, the company will achieve net zero levels through its operations by 2050.

Al-Nasser pointed out that the company has ambitions in to accelerate its work in oil production to reach 13 million barrels per day, and alongside invest in blue hydrogen and gas.

He added that investing in gas would allow Saudi Aramco to remove burning liquids in the country, and completely dispose of it within 10 years, and replace it with cleaner gas with less methane emissions.

He noted that the use of technology will help reduce emissions, adding that there are 12 centers around the world, including nine outside the Kingdom and three in the kingdom focusing on climate changes, sustainability and finding solutions to emissions.

Apart from Saudi Arabia, the UAE also announced earlier this month a new net zero 2050 Strategic Initiative to reduce carbon emissions, with the country aiming to spend over Dhs600bn on renewable energy until 2050.